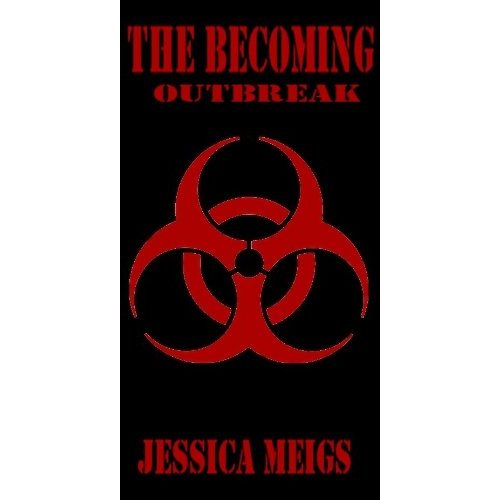 Writing a novel is no easy task. For most people it's too daunting to even think about starting, never mind finishing. But how about writing a novel on your BlackBerry? Pure craziness in my opinion, but that's exactly what CrackBerry member Jessica Meigs (a_silent_song) did. She recently released her first novella in a five-part series, called The Becoming: Outbreak.

The novel features a group of friends as they fight to survive the outbreak of a virus that turns its victims into homicidal cannibals (aka zombies). And the name of the virus? The Michaluk virus!! Yep, Jessica gave me the honor of being the first victim to bite the dust so the virus got named after me (in case you don't know how to pronounce it, it's Mitch-A-Luck). I read the novel on my flight out to Bali was thoroughly entertained by it -- I can't wait for part 2 to be released -- so do yourself a favor and pick it up. At 99 cents and written by a CrackBerry member on a BlackBerry, it's definitely an entertaining must read. The full press release is below and you can pick it up at the following links. Great job Jessica - two CrackBerry thumbs up!

A horror novel written on an assortment of BlackBerry smartphones has officially been released. The Becoming: Outbreak is now available for purchase for the Amazon Kindle and Barnes & Noble Nook and NookColor devices.

In a book market that has seen a glut of vampire novels, Jessica Meigs has attempted to rise above the crowd with a novel that takes a wholly different approach from what is available for readers. "The zombie subculture has always been a fantastic vehicle for presenting questions and commentary about humanity in general and people in particular, so it was a perfect way to show the ideas that I wanted to pass along to the reader," Meigs says.

The year is 2009. In the heart of the CDC in Atlanta, Georgia, a virus capable of casing untold misery is unleashed into the world. Known only as the Michaluk Virus, its effects are widespread and devastating. As civilization begins to crumble under the hoards of homicidal infected, three people - Ethan Bennett, a police officer with the Memphis PD; Cade Alton, his best friend and former military sniper; and Brandt Evans, a lieutenant in the US Marines - band together in an attempt to survive the oncoming crush of death and terror sweeping across the southeastern United States. Facing the deaths and destruction of everyone and everything they know, these three people discover that the only thing they can count on is each other.
This is the first novella in a five-part series.

The Becoming: Outbreak is currently available in eBook format at the Amazon Kindle Store and the Barnes & Noble NOOKbook Store. It is priced at only $0.99 for a limited time.

Jessica Meigs is a twenty-five year old writer living in semi-obscurity in Middle of Nowhere, Alabama. When she is not writing, she works part time as an EMT and in the accounting office of a major retailer. She enjoys listening to music and spends way too much time building playlists for everything she writes. When she is not rocking out at concerts or writing, she can be found either on Twitter @a_silent_song or browsing the Crackberry.com forums, where she feeds her BlackBerry addiction. The Becoming: Outbreak is her first novel.

For more information about The Becoming: Outbreak, or to direct questions and/or comments to the author, please visit http://www.becomingzombies.com or contact Jessica Meigs at [email protected]