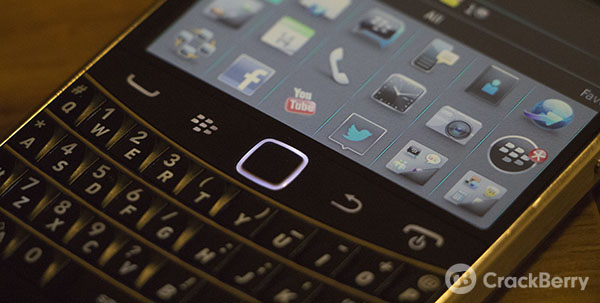 * Update 2 from Kevin - 6:40am, Monday morning - I just received word that the Google code issue has been fixed and Youtube videos are working once again on OS 7.1 / 7 phones! *

* Update from Kevin -  Still waiting for official word back from BlackBerry, but sources are telling me it's nothing on the BlackBerry side and the issue can only be replicated on BlackBerry OS 7 and 7.1 devices, over WiFi and various carrier networks. Older BBOS devices (OS 6, 5, 4, etc. are not affected). Also sounds like Google/Youtube has been contacted about the issue. Hopefully it will be fixed soon. We'll keep you posted as we learn more! *

Looking through the CrackBerry forums for the past couple of days, it's looking as though a lot of BlackBerry OS (OS 5,6, 7 and 7.1) users are no longer able to access YouTube videos on their device. I've tested it out on the BlackBerry Z10 and everything appears fine there, so that's a bit weird but I've also been able to recreate the issue on my BlackBerry Bold 9900 that others running a BlackBerry OS device are seeing. The videos show up but cannot be played.

At this time, there isn't any information available as to why things have stopped working but it's looking as though YouTube changed something in how their videos appear. In fact, it's not only affecting BlackBerry devices. Web services and various other apps that tap into YouTube are also coming up borked for many users.

We've reached out BlackBerry to see if they've heard anything on the matter and will update this post if we hear anything. For now, there are a couple of suggestions in the forums as to how to get them working again but none are really ideal and it'd just be easier if Google didn't muck it up in the first place.