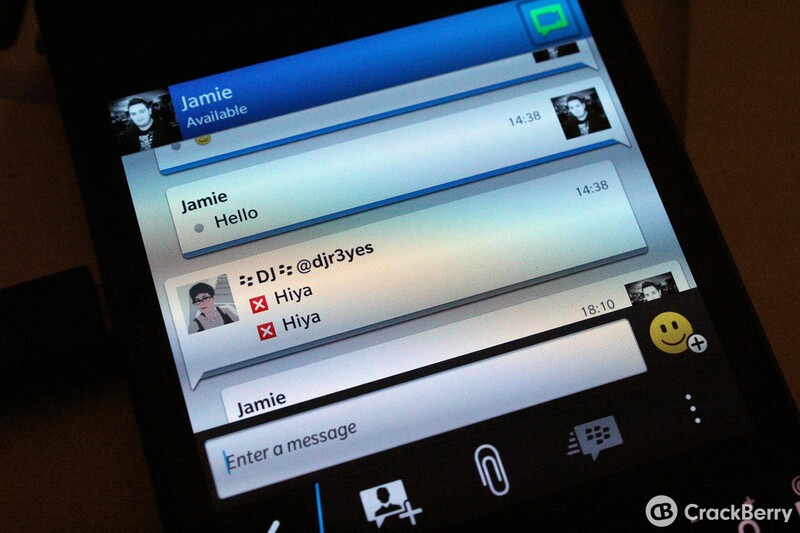 This weekend is big for BBM. It is finally going multi platform. Unless, you've been living under a rock for the past few weeks, you've probably been reading and hearing all the hubbub surrounding #BBM4ALL. We're still waiting on BBM for Android. Hang in there, it's coming. And BBM for iOS is getting a staggered release, slowly pumping out, depending on what time zone you live in.

I have been slowly adding contacts from iOS and Android (those who have installed the leak) and while I can receive BBM messages from other platform users, every time I reply, I get a red X. A few people were seeing the same as me, while others had no trouble at all. After more investigating, it seems that if you have the current BBM Channels beta installed on your device, you will not be able to talk to BBM users on Android or iOS. So, if you want to be able to chat to your friends on other platforms you're going to have sacrifice BBM Channels.

If you're going to choose multi platform contacts over BBM Channels, you're best bet is to install the BBM bar file (as long as you know what you're doing). Unless you'd like to security wipe you're device.

I cannot confirm whether or not this issue is also found with those using BlackBerry OS devices. Sound off in the comments if you are having the same issues on BlackBerry OS.