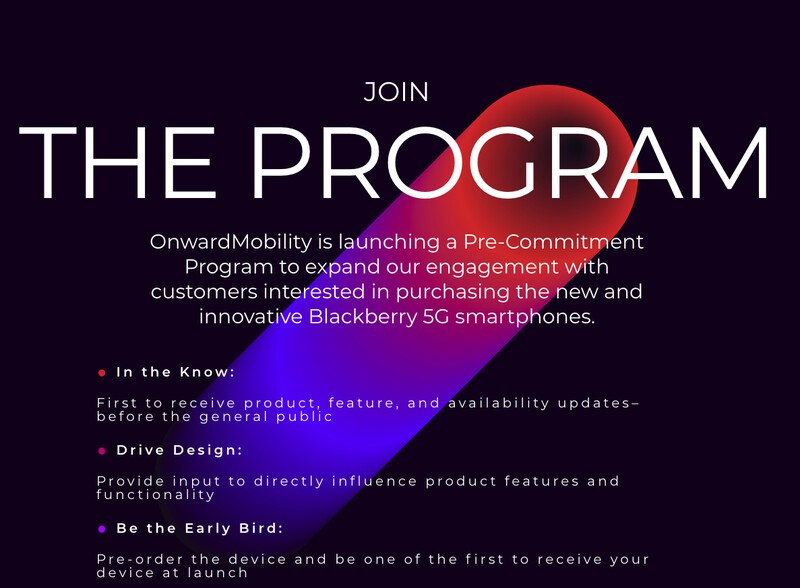 As part of a new engagement program built for those interested in BlackBerry 5G smartphones, OnwardMobility has opened up registration to receive product, feature, and availability updates. Additionally, those who sign up will also have the chance to offer input on product features and functionality as well as be among the first to purchase the device at launch.

Given that news surrounding the new device(s) has been rather short since the initial announcement, there has been a lot of speculation happening in the CrackBerry Forums as to what exactly is going on. This new engagement program sounds like a fantastic way to put some of that speculation to rest.