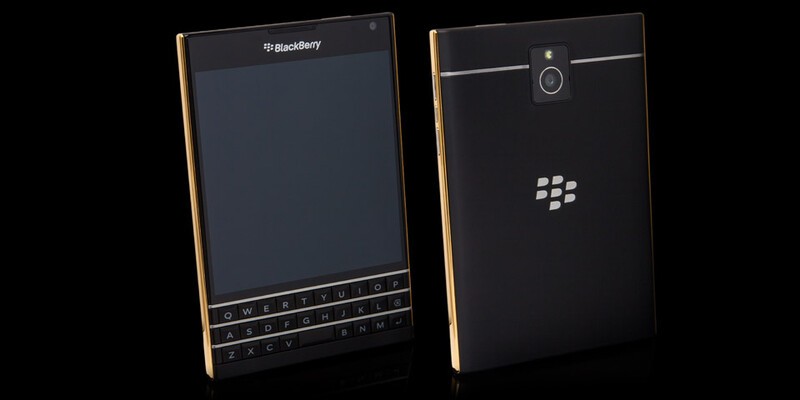 Have some money to burn in your pockets and want to get your hands on a BlackBerry Passport in gold, platinum or rose gold? If so, the folks at Gold Genie are willing to help out. They're now taking orders for your choice of BlackBerry Passport with prices ranging from $1,893.83 USD to $2,020.26 USD.

Luxury retailers have seemingly been loving the latest batch of BlackBerry devices as several of them now have come out with their own variations, some slathering more gold on them than others. Karalux being one of the most impressive thus far having even gone into detailing the frets on the device.

It's not just the BlackBerry Passport either. The Porsche Design P'9983 has received the same treatment from Gold Genie, while as noted by N4BB, the BlackBerry Classic has been getting lots of love from WNG Supplies who reportedly has created a 24K carat gold version for Drake and a still fresh rose gold version for Khloe Kardashian.

Whether you think they're beautiful or wouldn't touch them with a 10 foot pole, there's certainly a market for the luxury devices out there and retailers are letting it be known the new BlackBerry smartphones are ideal for being covered in all sorts of precious metals. Now we'll wait for the diamond encrusted versions to arrive.