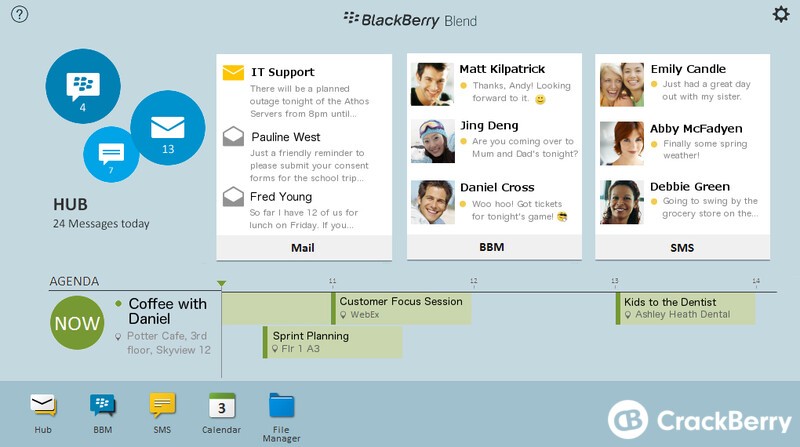 Although we've been tracking the existence of BlackBerry Blend for what seems forever now, even before it was called BlackBerry Blend, the offering has yet to be officially announced or even commented on by BlackBerry. Given the fact it has been appearing on a larger scale in BlackBerry OS 10.3, it's highly expected it will finally be made official with the BlackBerry Passport.

A new leak showing off the software has now appeared and while some of it still appears to be based off of dummy data or demo data, it does offer the best look yet at how end users will interact with BlackBerry Blend and what you can do with it. Plus, it also offers some finer details such as the system requirements you will have to meet in order to make use of the software.

With BlackBerry Blend you can:

From ChatBlend, to Fuse to BlackBerry Blend. It has been a long road for this software to come out but it would seem as though all the waiting is coming close to an end. Hopefully. I'm just glad I no longer look like a crazy person talking to myself while proclaiming BBM was coming to the desktop in some way. It has only taken well over a year but I'll take it.