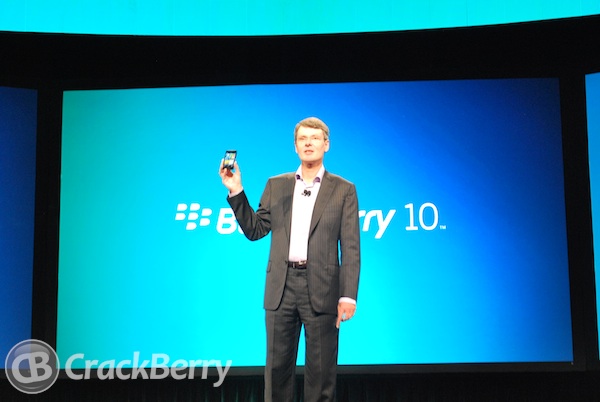 There are lot of headlines going around today both on the web and off the web (tv, radio), many of which are botching the story, so here's some clarification:

1. The first BlackBerry 10 phone coming out later this year will be a full touchscreen phone.

2. The next BlackBerry 10 phone to hit the market will feature a full physical keyboard. We don't have a time frame on this, but realistically it will be as soon as possible after the first.

This is already confirmed and has been confirmed since BlackBerry World last month. This is not new news as it is being reported today.

Also at BlackBerry World, RIM's CEO confirmed in a press session that a BlackBerry 10 phone with a full physical keyboard is in the pipeline. If you don't believe this, you can listen to the audio from that event here to hear it directly from the mouth of CEO Thorsten Heins (if that's not confirmation, I don't know what is). Jump to 22m40s for the first clip where Heins talks about physical keyboards on BlackBerry 10, and then jump to 33m35s where he confirms this is again when questioned during Q&A.

As for those who think RIM's first phone should have a full physical keyboard instead of going all touchscreen, I think that would be a mistake. READ THIS EDITORIAL for my reasoning. I do think they need to have a BlackBerry 10 physical keyboard on the market as soon as possible, but the first BB10 phone does need to be full touch for several compelling reasons.

Do CrackBerry Nation a favor. If you hear or see any misreports on this -- people saying no BlackBerry 10 phones will have a physical keyboard -- please correct them. It drives me cracky.