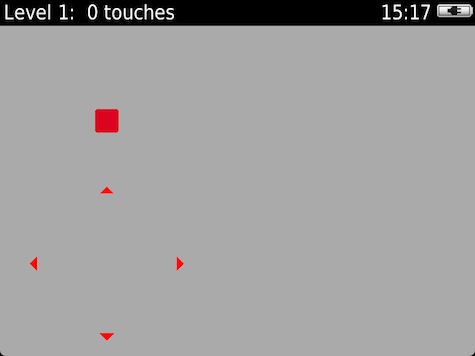 Let's face it, folks: we're busy people. We're movers and shakers, parents and deal-makers. Our smartphones have become our lifelines. They make it easier to stay productive, stay in touch, and stay organized.

In those rare "in-between" moments where we find ourselves with a few extra minutes to spare, some of us like to take a break and have some fun. Enter mobile gaming.

For me, the ideal for great gaming on the go is a game that's quick to launch, play, and put away. Games that can be played one-handed, have fast load times, and don't require an extensive commitment of time. Games like this fit easily into the chinks in our busy schedules. It doesn't have to be flashy or fancy; it just has to be engaging and fun to play.

One such game is Xploding Boxes, brought to you by Ebscer, maker of the hugely-popular Pixelated. I've played this quintessential strategy puzzler since its release, and it fits the bill perfectly.

XB looks deceptively simple to play. Click or touch a red box, and it explodes into 4 "bullets" traveling up, down, left, and right. When a bullet hits another red box, it also explodes into 4 bullets, setting off a chain reaction and (ideally) clearing the screen of boxes.

Each level will allow a certain number of clicks. If you clear the screen within the allowed number of clicks, you win and move on to the next level. If not, you fail and must replay the level.

As you progress through the game, new elements are added to make the game more complex. Purple boxes require 2 "hits" to explode. The first hit turns them red, the second makes them explode. Blue boxes require 3 hits, and so on.

I'll let it go at that, lest I rob you of your forthcoming horrified reactions as you unlock more challenging elements in future levels.

You can quit XB anytime and pick up right where you left off. The only caveat to this is actually forcing yourself to stop playing, because you won't want to. You'll find yourself muttering, over and over, the mantra "Just one more level, just one more level..."

Every game has its drawbacks, but XB only has few that I can see. The selection square on the main menu (apparently present only on non-touch devices) is VERY light and difficult to see. On my 9700, I had to squint a lot to see it.

Another downside is that game progress is lost if the game is uninstalled, or if you reload your OS. Hopefully the developer will address this in future updates. At least playing through all the levels again isn't pure drudgery as you struggle to remember how you beat a particularly tough level in the past. Update From the developer: You can back up and re-load your in game progress by back up and restore option in BlackBerry Desktop Manager

The graphics in this game are very plain. I'm listing this as a con only because people will inevitably compare XB to other "prettier" games, both on BB and other platforms. Personally, I think the simple graphics keep the app small, light, and more accessible to a wide range of devices. Making it pretty won't enhance the gameplay that much, but to some people, looks matter.

At just 236K, it's light enough for older devices where app storage real-estate is precious. The game does not stay resident in memory when you're not playing. It's also graphically modest, so it won't push your processor too hard.

From the XB site:

At release, XB offered 50 levels, and regular *free* upgrade releases have expanded the game to a whopping 215. The first 25 levels are free, and the rest will run you just $2.99, a completely reasonable price for a challenging game with excellent replay value. I'm sure most of us have have paid more for games we're no longer playing. I know I have. I've played through the game a few times start to finish, because with so many levels, it's tough to remember solutions to them all.

If you're a strategy/puzzle game fan, and you're looking for a game to fill those short gaps in your hectic day, add Xploding Boxes to your quiver. Explosions=good. You will aso want to try Pixelated, if you haven't already.

This review composed entirely on my BlackBerry 9900 using Documents To Go.