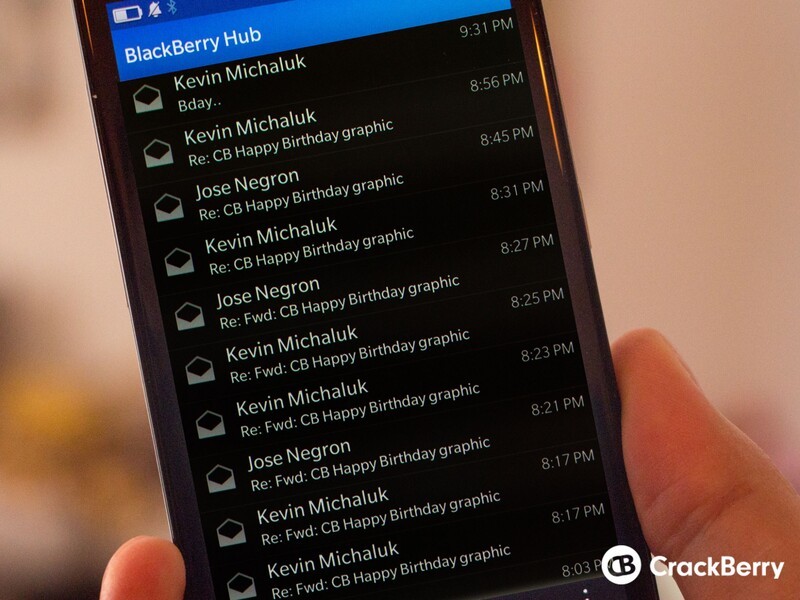 The dark theme / light theme debate has been ongoing for quite a while. As soon as the BlackBerry Q10 was released, Z10 owners were screaming to get some dark theme action as well. Then when an OS update took the dark theme away, Q10 users yelled that they wanted it back. So ultimately BlackBerry made the choice to give users the option to choose between the light or dark theme in apps like the calendar and contacts.

While the option isn't system-wide for all apps, it's got the basics covered. However I was actually thinking that a cool spot to have a dark theme would be the BlackBerry Hub. It's tough to have a dark theme on my calendar, then jump to the light-themed hub — it just doesn't coincide. So having the option to choose for the Hub would be awesome in my book.

So what say you? Would you want the option to choose a light or dark theme for the BlackBerry Hub as well? Drop your vote in the poll below then give us your thoughts in the comments!