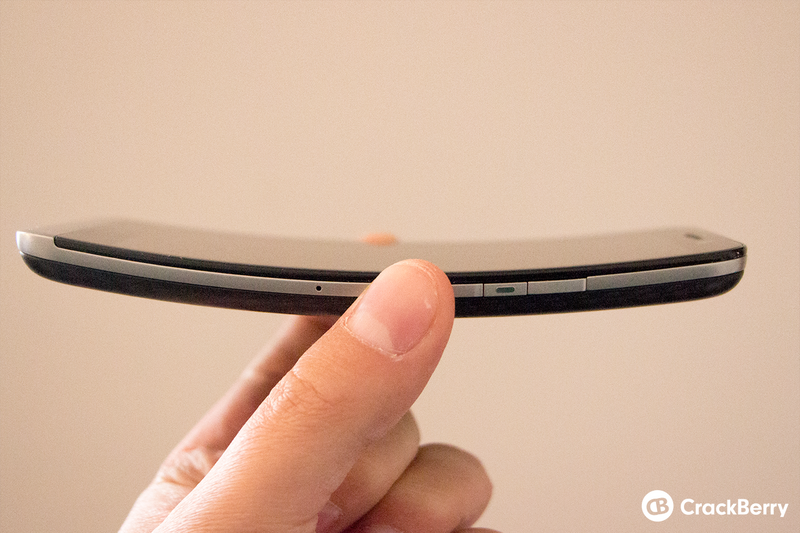 Technology moves fast -- each day we see the latest and greatest innovations pop up out of nowhere, moving all things techy along at a frantic pace. One of the latest arrivals is that of the G Flex from LG. The G Flex is an Android device with a curved screen that's flexible. LG says it can take up to 88lbs of pressure before breaking while the curved designed gives it better ergonomics. Not to mention the "self-healing" coating that actually recovers from scuffs and scratches. Crazy.

BlackBerry devices have been pretty standard over the years. Flat and focused with devices ranging from QWERTY models to the full-touch of the Z10 and Z30, but what about a curved BlackBerry? Is that too far fetched?

Imagine the Z30 as it is now, only with a curved screen. A bendable, flexible Z30 that fits well in your hand and isn't flat. LG says that nearly half of all smartphones will be curved by the end of the decade, so the idea isn't really a fantasy at all.

So what we want to know is if you'd be interested in seeing a curved BlackBerry device, or is it too much of a stretch? There's no saying if one will ever exist, but if the folks at LG are right, it may one day become a reality. Hit up the poll below and sound off in the comments!