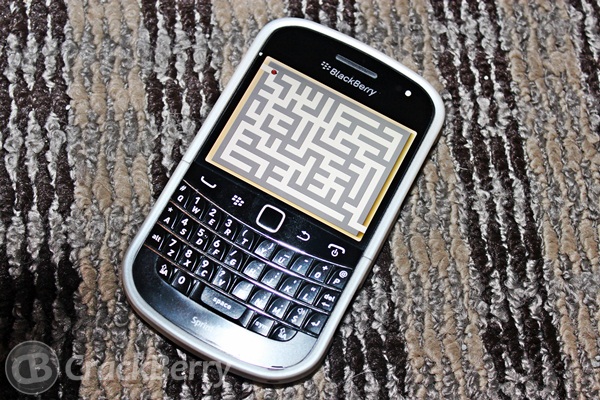 I have found yet another fun little game while browsing through BlackBerry App World. This one is called Word Maze by Heesang Song. The name of this app is a little bit misleading. There are absolutely no words in the mazes at all. In actuality, you're a little lady bug stuck on one side of a maze. The challenge is to figure out the quickest way through to the other side. While this sounds remarkably easy, on smaller screens it can actually be quite hard. This is a great game for all ages!

Not only can you play the game to kill time here and there but you can let your kids give the mazes a whirl while in the grocery store or wherever. It is really nice when app developers realize that yes, while they could charge for an app or games, some of them really are so simple that they should be free. Word Maze is one of these apps. It's an uncomplicated game that takes up hardly any space on your device (79 KB = less than 1 MB).

The developer states a paid version is in the works and will have the same features as the FREE version with the added options of saving your progress and some invisible mazes (not sure how that’ll work but I’m sure interested in giving it a try)! As of now, it’s undetermined when the paid version will be available but hopefully it will be very soon.