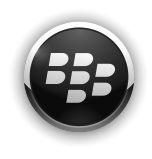 The interviews posted are of course, not overly revealing considering they still have rules to follow as well. It does however, offer some insight to the reasoning why things are the way they are and what the plans and future are for the BlackBerry Beta Zone and how Research In Motion is going to make use of the feedback given. One key comment that stuck out for myself regarding the future was "More programs, more people, more countries, more feedback, more changes." I like changes, changes are good. The interview is set in two parts, I certainly suggest giving it a look if you're interested in learning more about the BlackBerry Beta Zone.