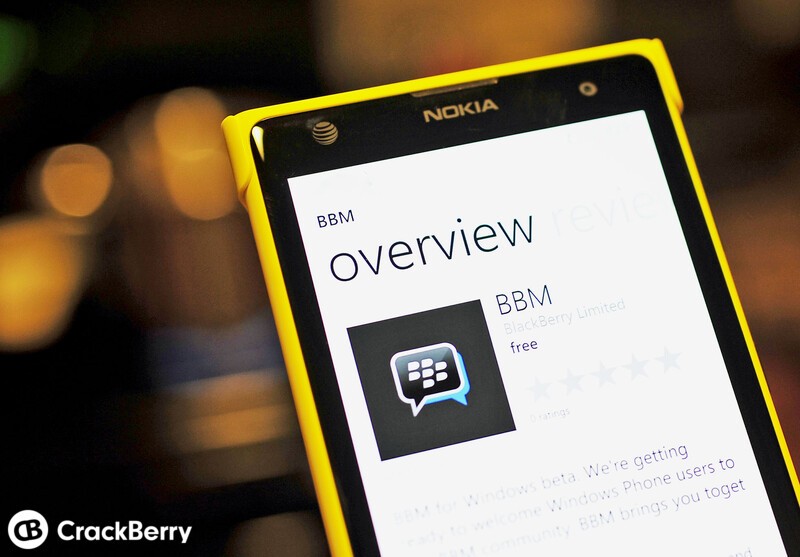 BlackBerry is no longer taking sign ups for the closed beta test of its upcoming BBM app for Windows Phone, with users now being asked to register for a waitlist.

This news, which was not unexpected, comes less than 24 hours after BlackBerry started taking signups for the Windows Phone BBM beta test. It's currently unknown just how many people were accepted into the beta test.

While the app is available in the Windows Phone Store only people who have been picked to participate in the closed beta test will be able to download and use the app. So far, there's no word on when the actual beta test will begin. We hope to get access to the early version of the BBM in the very near future for our own hands-on impressions.

Thanks to Ryan for the tip!