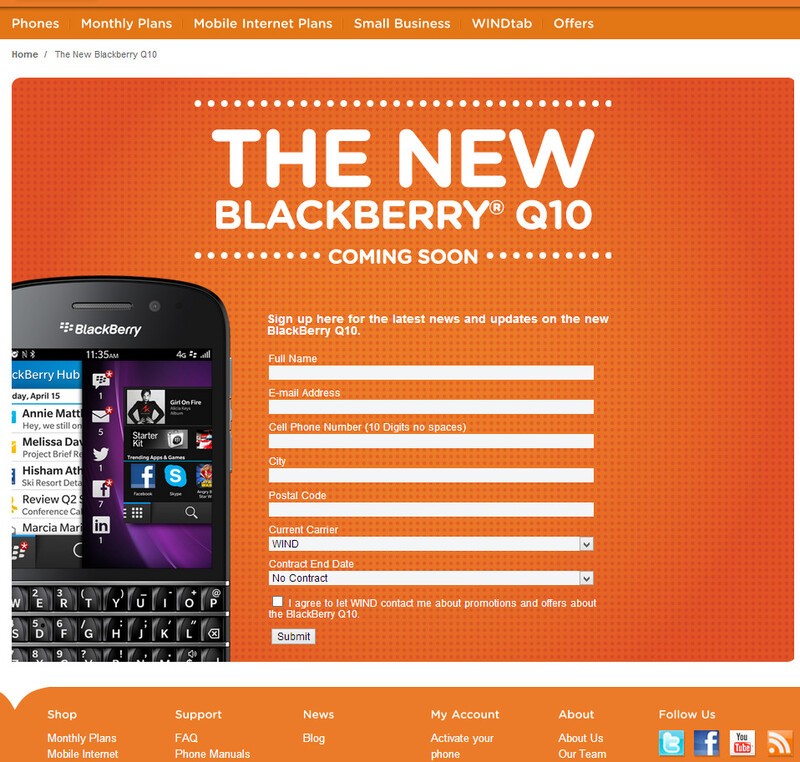 Hey Canadians - the BlackBerry Q10 is coming soon to WIND Mobile, and they've got the pre-registration page to prove it. We had heard that WIND would be offering the Q10, though one can imagine that much like the Z10 launch, they might be a week or two. behind. That's okay though, because WIND has some pretty sweet rate plans, so long as you're willing to pay a bit more up-front for the device. Even if you don't, there are tab options available - the important thing is, you aren't on the hook for a multi-year contract.

We still don't have any information on pricing or dates, but I would expect it to be available sometime in May if the Big Three are getting it around the end of April. Any WIND Mobile customers ready to pick up the Q10? Sign up for updates over here. We haven't heard much from Mobilicity on this front; anyone holding out for an offer there?