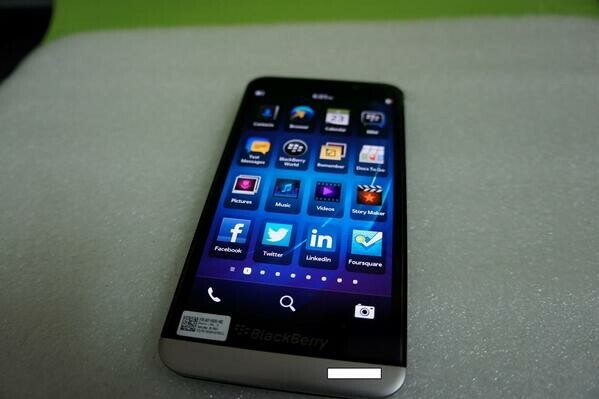 BlackBerry names - it's always been a fun guessing game. With the older BlackBerry OS phones, over the years the system for naming new models became a bit of a fragmented mess - Bold, Curve, Pearl, Storm, Torch, Tour, Style became brand families and a bunch of model number designations followed the family name. Sometimes the name and model number progression made "sense." Sometimes, they didn't. While knowledgeable CrackBerry readers always knew what model they owned, more often than not I would notice BlackBerry owners would just refer to their device as their "BlackBerry", or maybe something as descriptive as "the new Bold." BlackBerry Bold 9780? Not so much... by that point it was just starting to get a bit too much more most.

With BlackBerry 10 phones to date, we've witnessed an attempt to simplify the naming of the devices, keeping the focus on the BlackBerry name, while combining the brand family and model into one. BlackBerry Z10. BlackBerry Q10. BlackBerry Q5. BlackBerry Z represents the high end touchscreen line, while Q stands for Qwerty.

Looking ahead to BlackBerry's next flagship touchscreen, which pretty much everybody has been referring to as the BlackBerry A10 now for a while, I can't help but think when it officially gets announced it will go by a different name. The first rumors of this device pointed to a specs sheet for the "aristo" and at that point we knew there would be variations of that model (for different networks), so it became the "a-series" and then I think it was CNet on June 5th who called it the BlackBerry A10, which has stuck.

BlackBerry A10 does sound nice, but if you look at the history of BB10 rumored names to date, there's actually no precedent for the A-Series to become the BlackBerry A10. The Z10 was the L-Series, the Q10 was the N-Series, and the Q5 was the R-Series. When the official announcements came, the name was always a change up and a nice surprise.

Looking at what BlackBerry did with the Q5 branding, keeping the Q but lowering the number to signify it's a lower end device than the Q10, it actually points to BlackBerry naming the A10 the Z15 at launch. With the Q5, BlackBerry could have picked another letter for it - the R10, the B10, etc. If they would have done that, then the 10 in these names simply would have represented the BlackBerry 10 operating system, with the letters changing up for each model. Then, when BlackBerry 11 eventually came out, you could do it up again - A11, Q11, etc. It doesn't seem like that's going to be the case though of course, and I think it's going to be a while before BB10 goes onto BB11 (we're at BlackBerry 10.1 right now with 10.2 probably rolling out next on the A-Series - I *think* we have years of BB10 ahead of us).

Following the Q5 naming precedent, which halved the Q10, it would make sense for BlackBerry to up the Z10 by 5 to be the Z15

Still looking at the Q5 as the lower-end follow up to the Q10, it's interesting that they halved the number, from 10 to 5. They could have called it the Q9 and accomplished the same thing of denoting it as a device lower in stature than the Q10. And if a next generation Q10 comes out, it could then pick up the Q11 name.

Looking at the A-series device and deciding where it belongs on the new BlackBerry 10 phone naming scale, there are a couple of things to consider. One is the screen size. While it is a full touchscreen phone like the Z10, with a 5" display, it's clearly a bigger phone and arguably a different "form factor" as far as touchscreen phones go. I think BlackBerry *could* justify giving it a different letter. So while the Q5 was still in the Q family, the A-Series could be seen as being different than the Z family. That said, at a glance from across the room, the Z10 and A-Series have a lot in common, to the point where it could be viewed as being part of that family still. In which case, following the Q5 naming precedent, which halved the Q10, it would make sense for BlackBerry to up the Z10 by 5 to be the Z15.

Looking at one of the most recent leaked photos of the "A10", under the battery door the label BlackBerry Z Zero Zero (Z00) appears. At least I think it's Z Zero Zero, otherwise, it reads BlackBerry Zoo which would be pretty damn funny. So I'm thinking the zero zero is a place holder, but the Z is likely legit - meaning it's more likely this 5" beast may end up falling into the Z family.

So, if you're still following this winding editorial, the question remains... when the A10 gets officially announced, will it still be the BlackBerry A10 or is it more likely to be a BlackBerry Z15, a Z00, a Zoo or something else?

My take on it? I wouldn't be surprised for it to NOT be the A10. Given how the Z10, Q10 and Q5 names have all been surprises at launch, I could see BlackBerry not calling it the A10 just because that's what we've all been calling it for months. As for the Z15, I've heard some muttering out there that supports it, and following the Q5 precedent the Z15 is the logical choice (and I do love logic!), but with "fifteen" being two syllables the name would lose some of the crispness that Z10, A10 and Q5 have. Stranger things have happened though.

What do you all think? Is the the A-Series the next progression of the Z10? Or does it deserve a family a letter to itself, aka A10? Sound off in the comments with your thoughts and rationale.