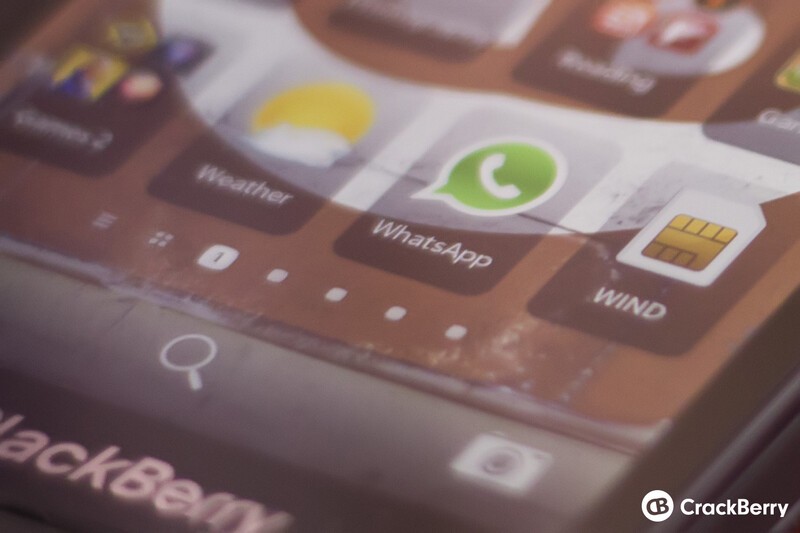 Yesterday we saw that the very popular cross-platform mobile IM app WhatsAppupdated its pricing model for the iPhone. What was once a $0.99 download is now a free download. But it’s only free for the first year, after which the subscription to keep using it costs $0.99 per year.

Is this a good change for WhatsApp? And what does it mean for BlackBerry’s potential to gain customers on cross-platform BBM this summer?  Seems like something worth talking about.

If we look at this pricing move in isolation, I think it would normally be a good thing for WhatsApp. Making the download free rather than charging money is bound to get you more downloads. And paying $0.99 one time versus paying that same amount every year is still peanuts. It’s as close to free as possible without actually being free.

But this isn’t happening in isolation. BBM is about to go cross platform and it’s quite clear that BlackBerry has no intention of charging for the app. At least that’s the expected case for the core feature set. We’ll discuss monetization further down.

Given that BBM will be totally free to use forever, and WhatsApp charges some money (no matter how little), unless WhatsApp is superior, people are likely to look closely at BBM and give it a try. After all, everyone knows that BBM is awesome on a BlackBerry, and many Android and iOS users are former BlackBerry users. They remember BBM and wish they still had access to it.

After all, everyone knows that BBM is awesome on a BlackBerry, and many Android and iOS users are former BlackBerry users

WhatsApp may be the leader in cross-platform IM, but it has one big weakness, and that is tying the account of a user to a phone number. As stated in their FAQ, “If you are permanently changing phone numbers, you can delete your WhatsApp account and then verify your new number.”  Ouch!  So if you change your number you’re basically screwed and you lose all of your contacts. That’s no fun.  Besides, some people just don’t want to give out their mobile phone number.  They’d rather not have it enter into the mobile IM equation.

BBM works by tying your account to a BlackBerry ID (BBID). It’s logical that iOS or Android BBM users will first have to create a BBID, and they’ll then be free to login to BBM from any device of their choosing at any time in the future. And this paves the way to a possible desktop or tablet app as well.

So will people switch to BBM?  I think the switching costs in mobile IM are very low. This is because users have no real investment in content. IM is not like Facebook or Instagram where you may have uploaded tons of pictures. IM is about contacts. And if it’s rather easy to put your contacts into a new chat platform, people will do it. Especially if BlackBerry goes out with big marketing guns. They need to be everywhere promoting the totally free cross-platform BBM.

And of course, BBM has to work flawlessly. It has to be an amazing experience with all of the core functions working perfectly on iOS and Android. Combine that with a price tag of zero, and you’ll soon see BlackBerry press releasing over 100 million BBM users.

And of course, BBM has to work flawlessly

Now let’s talk quickly about monetization. How does a big user base become worth something to BlackBerry?  Ultimately I think it’s the same way that any user base becomes valuable to any company. Facebook didn’t generate revenue initially. Neither did Google or Instagram or to niche-down a bit, popular investment websites like The Motley Fool. They all started as totally free services and then stacked revenue-generating stuff on top.

BlackBerry will probably do the same thing. I don’t expect them to plaster ads in the app. But I do think it makes sense for them to market BlackBerry products to non-BlackBerry users who have a BBM account. And I do think it makes sense for the company to offer premium features to enterprise customers, or charge for certain yet-to-be-released premium consumer features. Or how about BBM channels?  Any chance they can tag in some e-commerce in these and earn a cut of the revenue?  If that’s the case obviously we want users, and we don’t care what device they are on.

There are lots of ways to make money from a big user base. The trick is to first BUILD the user base, and by making the app completely free BlackBerry stands a very good chance of doing this, while stealing customers away from WhatsApp.