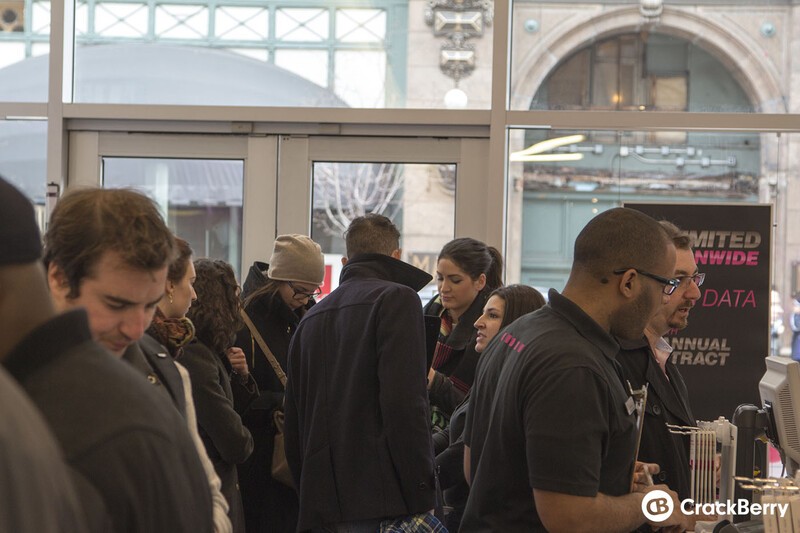 BlackBerry has come a long way in the last few months.  The company is finally back on the market with a full touch phone, the Z10.  And what an awesome device it is!  The new BlackBerry 10 OS is smooth and beautiful.  The app store is starting to resemble something competitive.  The company has announced its largest order ever, for a million BackBerry 10 devices.  And in the first quarter of partial availability (not counting the US market), they sold about a million Z10 devices.

But the fact remains that the vast majority of BlackBerry owners are using an older device that sports a plastic keyboard.  That number isn’t a small number either.  Excluding any Storm devices that are still alive, and any of you using the all-touch Curve, we’re probably talking about 73-74 million BlackBerry users who pound away on a real keyboard.

Anecdotally, I’ve run into a lot of people who claim to be waiting for the Q10 to hit the market.  Yes, the vast majority of the smartphone market prefers an all-touch device.  But the market is huge, and it is probably safe to assume that people who have stuck with BlackBerry have done so, in large part, because they want that physical keyboard.

So if BlackBerry can sell one million Z10 devices in Q4, without even benefiting from any US sales, what does it say for the potential Q10 sales volume?  I think  it’s pretty clear  that volume will be way higher.

After all, the Q10 will be the best physical keyboard device on the planet. No question.

When the BlackBerry launch event happened on January 30th, I was at the Toronto event.  During the live demos, in the presence of many other people (so this was not some secret conversation), I asked about Q10 pricing.  I was not given a number, but instead told it would be “priced for volume”.

I think BlackBerry knows that the Q10 will not only sell well to consumers who prefer keyboards, but it will be the new corporate work horse device.  It’s specs are essentially the same as the Z10, so its bill of materials should be similar.  My bet is it costs a bit less to make because it has a smaller screen, partially offset by more complex plastics (to accommodate the keyboard) and a larger battery.

I believe BlackBerry will be very willing to price the device aggressively enough to sell bus loads of these things, yet still earn a very fair margin.  After all, the Q10 will be the best physical keyboard device on the planet.  No question.

The timing of the Q10 is also good.  BlackBerry 10.1 software should be hitting the market soon.  Probably sometime in May.  The expectation is for this maintenance release to include more security features that large corporations expect in order to commit to deployment in a corporate liable scenario.  Remember that some companies let employees bring in their own phones.  That’s called “employee liable”.  But the old model of deployment, corporate liable, is still very common in large organizations, and in particular, the large companies that hand out BlackBerry devices and have BES servers installed.

So the release of 10.1 software is probably essential to cracking the upgrade cycle in the corporate world.

Our best guess is that the Q10 will hit some markets, such as Canada, before 10.1 software is officially released.  This will help create some hype for the device.  Then, we imagine BlackBerry Live in Orlando (May) is when we’ll get some official news about the 10.1 release, which is probably scheduled for that same month.  So when the Q10 hits the USA, we’re hopeful that it will ship with the latest software to please the business market who still issues corporate liable hardware.

Chatting with a friend of CrackBerry recently, it was suggested to me that the market doesn’t get how important the Q10 is.  If BlackBerry can sell over a million Z10s in the first couple of months, excluding the US market, then the Q10 should be thought of as a Z10 with a multiplier in front of it.  One million Z10s probably means several million Q10s.

I think the comment was dead on.  I just hope BlackBerry is prepared to the rush of orders.  This is quite possibly the company’s new cash cow, for the next couple of years.