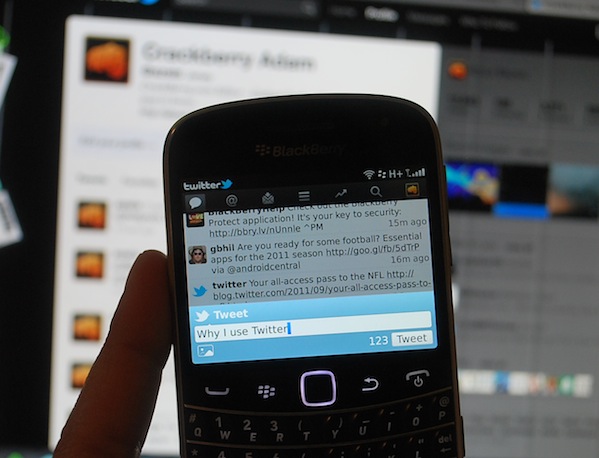 When I first heard of Twitter way back when (early 2008) it was a relatively new social network and much like any tech blogger, I had to have an account -- even if I had no clue what it was or how to use it. In the early days I wasn't a big Tweeter, but as time went on I found new ways to make use of the great network that is Twitter. Loads of people still ask, "What the hell is Twitter?" (or something along those lines) and really have no idea how to use it effectively or why they should even use it at all. Twitter is more than just a place to vent your thoughts and indirectly chat with your contacts. Twitter is a great tool for getting news, keeping up with current events, finding quick answers to questions and much more. Let's check out just some of the many ways Twitter can be put to good use.

One of the biggest ways (and perhaps my favorite) I use Twitter is as my news feed. RSS feeds are great if you can find the time to read them all. I constantly find myself adding more and more RSS feeds to my reader, thus getting further behind when work bogs things down. I've found Twitter to play a big role in keeping me up to date not only with work related news like other tech blogs, but also for current events and breaking news. The network that is Twitter is simply gigantic. There are tons of news sites that use Twitter, so keeping up with the news you want is a fairly simple task. For almost all RSS feeds you find there will be a corresponding Twitter feed, and if not, you can use a multitude of tools to pump the RSS feed to any Twitter account should you so desire.

I follow sites like @breakingnews so I get important news stories right in my Twitter timeline. I can even go super local with some feeds like my local paper @dailyrecord and local radio station @nj1015news so I know whats happening right around me. There are national feeds like @cnn which are great for news from across the globe as well. You can keep up with your favorite sports teams (go @Mets!), local venues, favorite bands and much more.

Long story short there are tons of news sites, sports teams and other industries that use Twitter, so you can hone your feed to meet your needs. Using a Twitter list is also a great way to tweak your feed so you just see what you want to see at any given time. I've found out about more big events in recent memory through Twitter than I have by any other source, mostly due to the fact that I read my timeline constantly throughout the day. I've seen breaking news as it happens, kept up with updates from natural disasters and followed along with developing news stories ... all through Twitter.

Twitter is also an amazing tool for getting quick answers to pretty much any questions you may have. I've used it for  help when making a purchase (choosing between two items), getting opinions on certain topics and settling disputes with friends. Depending on the amount of followers you have, you can easily ask nearly anything and you will instantly receive an answer.

It beats out searching the web for results in many cases, and often nets you answers you wouldn't be able to find by simply searching.  For example, I was in Best Buy trying to decide between to camera models, I sent a Tweet from my BlackBerry asking my followers which was a better option. After a few minutes and a few replies, I was better able to make my decision based on real feedback. There is really no limit on this one. Anything you need an answer to you can ask on Twitter. Real people give you real answers - it's that simple -- just keep in mind that Twitter IS NOT Google, so don't let it serve as a replacement. Some things are just meant to be searched for.

One of my favorite Twitter experiences actually helped out a fellow techie. It was a normal work day for me when I caught a retweet (a tweet forwarded by another user) in my timeline asking if anyone has a BlackBerry Torch to loan out to a developer in need. To my surprise, the person looking for the device was right around the corner from me, just steps from my previous job. I quickly replied that I indeed had a Torch to spare, and not more than an hour later, our own Seth Clifford (who I had never met in person or even followed on Twitter) was at my door graciously picking up my BlackBerry Torch.

So in this process I not only helped out someone in need, but made a new contact and realized that someone I had heard of through various venues was also a fellow Jersian. You can read more about this exchange on Seth's blog.

Let's face it -- sometimes you want to be with friends or family and sometimes you don't. Be it watching TV, checking out a movie or during your favorite sporting events. At times I prefer to catch some big games at home on my couch but don't want to have massive amounts of people there with me. For this it's fun to turn to Twitter to get your smack talk on. Most recently my timeline was overloaded with Tweets about the Stanley Cup Finals. I had many exchanges with friends across the globe on the series, game situations, botched calls and unfortunately the ensuing riots in Vancouver. Some great conversation was had, and although it may seem dull for some, actually made the experience much more enjoyable.

Some days I wish that Twitter was around years back when I was in college or my "drinking days". It makes for a great cross-platform messaging tool that is always there and always on (with the exception of the occasional Fail Whale). Heading out somewhere for the night? Send a Tweet letting your friends know. No need to shoot and SMS or phone call as whoever reads your timeline will get the message. You can instantly hit a group of friends and they can reply or spark conversation. Twitter can get a great tool for organizing friends for a night out.

If you happen to use more than one device (as is the case with many techies but not so much in the "real world") then Twitter can be a great tool. I don't need to know at which email address or phone number a contact can be reached. I simply send them a Tweet knowing it will get to them regardless of what platform they are currently using. This also comes into play currently if you travel often and want to make connections on the go. Numerous times I've sent a Tweet from an airport bar and offered drinks to anyone that's joined me. Sure enough, a few have taken me up and instant connections were made. Done and done.

Of course there is always the "free stuff" excuse to use Twitter as well. If you play your cards right you can find loads of retweet or "Tweet this and win" contests. Prizes range from little stuff to big stuff (that's pretty vague huh?) and pretty much anyone can win. Here at CrackBerry we often have retweet contests for new devices, so be sure to keep and eye on our @crackberry feed when you get your Twitter on. Note: The contest above is over so stay tuned for another!

How you choose to use Twitter (if at all) is really up to you. These are just a few examples of how I've made the service work for me. Of course it goes beyond what was said here as I use Twitter to interact with my followers pretty much everyday. Being highly involved in the tech world it kind of just fits in with my lifestyle, but if you're not a geek you can still find many uses for Twitter in your everyday life. Get your news, talk to friends, find quick answers, get weather, traffic updates, celebrity gossip -- the list goes on and on .... and on ... and on ...

To get started, just head to Twitter.com and sign up for a free account. Keep in mind when picking your username that your name counts against your total characters (you only get 140 per Tweet) so keep it short and simple. After that, pick up Twitter for BlackBerry or any other 3rd party Twitter app for your BlackBerry and it's away we go! Start looking for friends and other people to follow (you can find me @azeis) and you'll be a Twitter pro in not time at all.

Are you a Twitter user? How do you make Twitter work for you? Let us know in the comments!