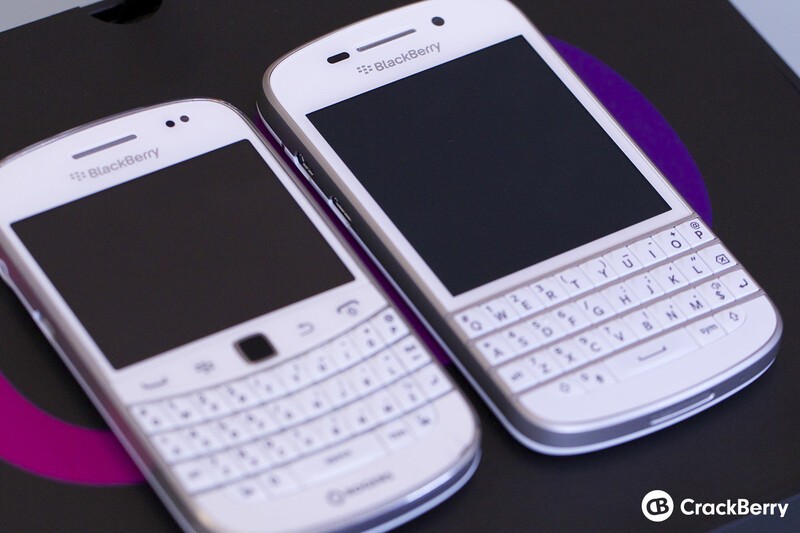 Outside of the BlackBerry users who know and love their physical keyboards, there hasn't been too much discussion on the subject of physical keyboards in the past couple of years. We are now living in a touchscreen world as far as most of mobile is concerned. Heck, even "CrackBerry Kevin" has adapted to tapping on glass just fine. I love the BlackBerry 10 touchscreen keyboard, and can type just fine on Android (well, I can swipe just fine thanks to Swype), iOS and Windows Phone keyboards too.

While consumer and enterprise demand for physical keyboards exists, the rest of the market has largely left it up to BlackBerry to fulfill that demand. It makes sense too. A friend of mine who works on the product team at a major not-BlackBerry smartphone manufacturer once told me, "There is no demand for keyboard smartphones — people only want BlackBerry smartphones with keyboards". Most other attempts by manufacturers to launch keyboard phones the past few years — like the Motorola Droid Pro — never amounted to more than a niche device with minimal carrier support and miniscule sales. It just doesn't make sense for other manufacturers to dedicate the financial, personnel, and research and development resources to developing a physical keyboard smartphone when it's a small and mature category that has been so clearly owned by one company.

While that friend may have been right about it not making sense for other smartphone manufacturers to launch a phone with a front facing QWERTY, the buzz generated by Typo's BlackBerry look-alike keyboard for iPhone has dragged physical keyboards back into the headlines. The interest, no matter how casual, has demonstrated that there is a segment of iPhone users (likely former Palm and BlackBerry users) who would like the option to be pushing on buttons instead of tapping on glass. While it may not be a growing segment, these fans of physical keyboards have a desire that's not being fulfilled. There is definitely is a place for physical keyboards in this 2014 smartphone world, and there will continue to be for years to come.

While physical keyboard users know this, it seems like the rest of the world has forgotten about the benefits that physical keyboards offer to their users. It's been almost comical for me to read through the recent surge of Typo editorials and reviews and all the comments that follow. There's a lot of lack of understanding out there, a lot of educating that's needed.

1. You can likely type faster and more accurately on a physical keyboard while you're "doing stuff"

When I'm standing or sitting still, I'm typically faster on a touchscreen keyboard that I would be a physical keyboard. But start typing while I'm in motion and the physical keyboard is far more likely to win the typing race. Walking down the street with phone in hand, I can put my head down and pump out the messages with gusto on a physical keyboard. Having physical buttons for your fingers to push increases dexterity and ensures your button presses are accurate. On a touchscreen it's hard to tap as accurately while in motion. When stationary you only have to subconsciously worry about moving your thumbs in relation to a smartphone that only moves if your hands move. When you're out-and-about, your thumbs have to attack small targets that are moving with motions transmitted through your body. Doesn't matter whether we're talking about walking around or riding in a car — the physical keyboard rules the motion environment.

2. You can type without even looking

You've gotta love muscle memory! If you log enough hours on a physical keyboard smartphone, you'll find yourself being able to type on it pretty much without even having to look at it. Typing on a touchscreen is different. Your fingers have no reference points on a sheet of glass. You need to stop what you're doing and focus on where your fingers are. Without doing that, it's just too easy to tap in the wrong spot and run your sentence into a string of nonsensical characters (especially once autocorrect starts to kick in). Touchscreen keyboard require concentration that a physical keyboard just does not.

Depending on who you are and what you do for a living, the benefit of being able to type on your smartphone accurately while only paying minimal attention to it as a BIG one.

For power users and power communicators who care more about utility than simplicity and design esthetic, a (properly implemented) physical keyboard offers productivity benefits. Being able to dial contacts directly with the quick press and hold of a button, or launch into apps or universal search can save seconds every time you pick up your phone. Of course, you need software support for that, and that's something that Typo lacks on the iPhone, because iOS doesn't support that.

If you type a lot of passwords and proper names, etc. all day long on your phone, you'll likely find a keyboard faster and more accurate for getting this done, especially with auto-correct getting out of your way.

5. Better for nails, better for (some) older fingers

This reason may not be true for *everyone*, but over the years it has popped up a lot for those who favor having a physical keyboard. For ladies, physical keyboards are more fingernail friendly. Depending on the shape / size of your fingers and nail, it's easier to have your fingers flatter on the keyboard and push down on buttons, vs. trying to do that on a touchscreen (where you end up covering the letters you want to tap on and then hit the wrong the keys). This is one of the primary reasons that for many years, BlackBerry's customer base skewed female. That, and I could make some stereotyping comments about the fairer gender's propensity for chatting and the ways in which BlackBerry enabled such propensities.

What's your reason for loving the physical keyboard?

If you're reading this and are a physical keyboard fan, I'm sure one or two or a few of the reasons I noted above apply to you too. You surely have reasons of your own and you should drop them in the comments to this post.

The next time you see somebody write a stupid article or leave a comment saying there's no need for physical keyboards in 2014, send them a link to this article. They'll hate that you called them out, but, you know, people need to learn!

Related: Be sure to read Pushing buttons vs. Tapping pixels: The Great Keyboard Debate