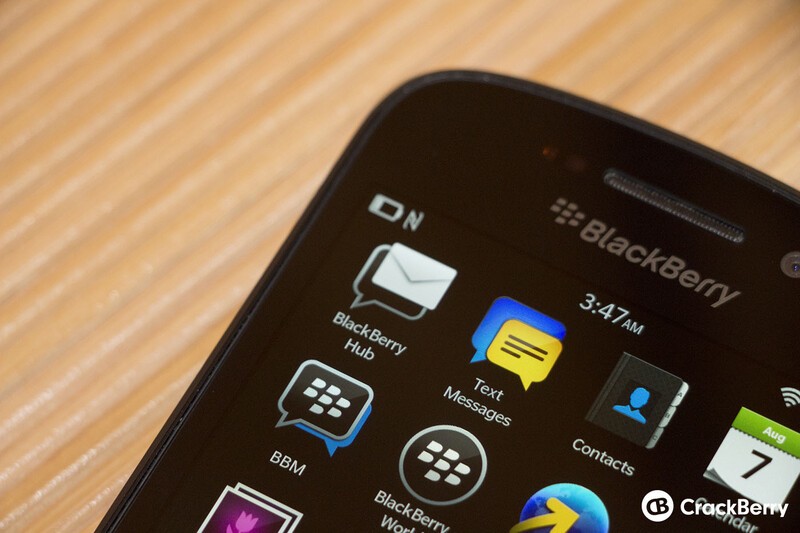 Are you among the many folks who downloaded the leaked BlackBerry 10.2 file for your BlackBerry smartphone? If you are, did you notice there is now an icon for the BlackBerry Hub? There's a pretty hot debate in the CrackBerry Forums right now about why this Hub icon is even there and some folks have even gone so far as to remove the files needed for the icon to exist.

It's no secret that there are unwanted icons on pretty much every device on the market today, be it Android, iOS, Windows Phone or whatever else you can think of. Some icons are just plain redundant to have showing on a smartphone and many folks feel this Hub icon is among them.

Because humans are stupid and can't figure out how gestures work.Bla1ze, CrackBerry Member

Some OS' allow you to delete icons but BlackBerry 10 as of yet doesn't so you have to toss it in a folder and forget about it. I have my own personal thoughts for its existence, it's one many people agree with but also one many people disagree with. I stand by my opinion and don't hate on anyone else for having theirs. At the end of the day, it's just an icon and in the grand scheme of the world, means very little.

It's not that people can't understand the gestures, there's people who are aggressively opposed to them.Baconwich, CrackBerry Member

But my opinion doesn't really answer the question. Why is there a Hub icon now? Is BlackBerry just testing it out? It acts the same way as if you had just simply gestured into the Hub. It doesn't do anything that the gesture doesn't do. It doesn't take you to the root of the Hub or anything special. If I'm reading an email and move out of that email, hitting the Hub icon takes me right back to where I left off.

Right now if you peek into the Hub it'll show you the last thing you were doing, not the main hub with all of the notifications. Maybe they're trying to work on something [..] to do with that.mjoy, CrackBerry Member

Putting my own opinion aside for a minute here, mjoy has perhaps the best reasonable possible explanation for it. That's always been something that has bothered me about the Hub. That fact makes it seem a bit counterproductive in some ways and while I don't really mind it, there are plenty of folks who would argue to the bitter end that it needs to be changed in order for it to really be efficient. Maybe this is the first step in that direction.

In any case, the Hub icon isn't really official as of yet and 10.2 is still a ways out. Plenty can change in that time and the Hub icon could certainly be one of them. Why do you think it exists though? Let us know in the comments or join in the the community discussion in the CrackBerry Forums

Why is there a Hub icon now?