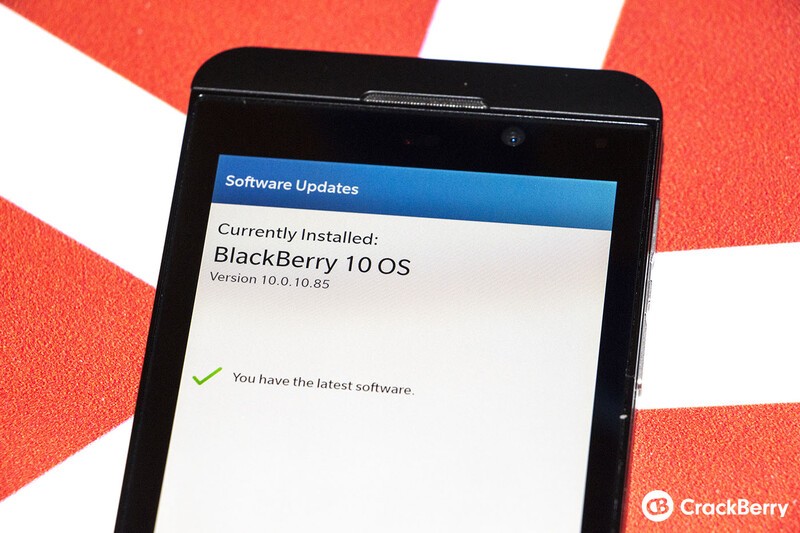 For those of you out there who've taken a look through the BlackBerry Z10 forums here on CrackBerry, you may have noticed that there are quite a few discussions happening surrounding BlackBerry 10 OS updates. There have been several different variations of the OS showing up around the world especially after last nights roll out of the software version 10.0.10.85 which brought those devices into OS 10.0.10.672 in Canada on some carriers.

With all that being said, there are a large number of carriers rolling out the BlackBerry Z10 and there are only going to be more added to that list as we move through March. The U.S. carriers will be joining the mix at some point soon and of course, they'll each be rolling out their own software versions as well. For the most part, it's all just carrier specific settings that folks are seeing on their devices that are being updated. In other words, there is no need to pack your bags and move to Europe from Canada because they have a OS version that appears to be higher.

Eventually, as BlackBerry 10 matures we will stop seeing so many different version numbers being released and instead, the updates that do arrive will have maximum distribution across all carriers and be on par with each other as the carrier specific settings will have already been addressed through earlier software updates. So, what does that mean for posting about updates?

Well, the first thing to do when you see an update is to download it really. Once that's done, you can then check the actual OS version and see if it has changed. If it has, then there is sure to be some bug fixes in place. If it hasn't, then for now it's safe to assume it's just some carrier network specific stuff that was sent out to ensure your device is working fine with whatever network you happen to be on.

For now, we'll be looking at all the new stuff but when it comes to posting about the updates, we're only going to be looking for the large changes to the OS such as the 10.0.10.672 release, where there was some rather large bug fixes in place that actually increased the core OS version number or enhanced the overall experience of using BlackBerry 10.