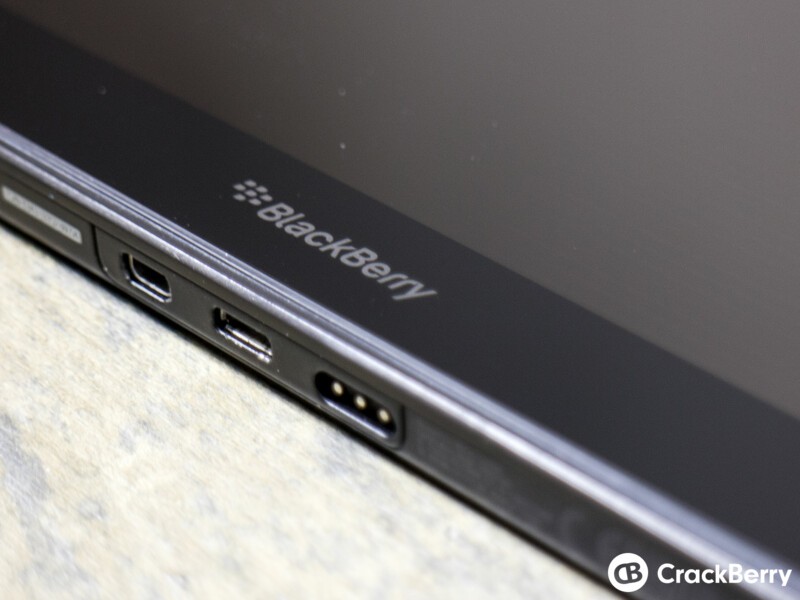 This is such a sensitive topic for many PlayBook owners — and rightfully so. As a fellow BlackBerry lover, a respectable level of sympathy should be given to those who have invested in BlackBerry's only tablet. It is truly a remarkable device that had a lot of promise.

However, business will always be business no matter what opinions or emotional attachment we may have for our products. It's the nature of the beast. I'm not going to say it's justified, only that there is qualified legitimacy behind BlackBerry's decision not to develop another tablet.

As some of you may know, the PlayBook was the QNX team's first project. They were assigned to build a brand new mobile operating system entirely from the ground up. It was an ambitious task that would prove to be impressive and hopeful in some respects for the company and their future. Sure, it was pinned against Apple's successful iPad, but for RIM it was subsequently the precursor to BlackBerry 10.

Till this day there are those who question whether the PlayBook should have ever been launched given the huge costs, production delays, lackluster support and unavailability of standalone features such as email, contacts and apps. But despite these setbacks, the PlayBook was still held as one of the strongest offerings in the tablet industry due to its groundbreaking OS and UI. In the following years after its Spring debut in 2011, additional updates along with price drops made the PlayBook an even more attractive choice for tablet enthusiasts.

If there's anything to be learned from the PlayBook fiasco is that consumers should always buy a product for what it is and not for what it can or should be.

But for RIM it wasn't enough to warrant continued support and development. The strategy RIM had for the PlayBook didn't execute fast enough — partly because of how heavily the QNX team needed to draw on the company's other resources, which effected the transition and development of the BB10 phone and OS. In addition, RIM had separate teams working independently of each other making any kind of progress counter-productive and fragmented ... something realized by PlayBook owners who claimed the product was rushed and/or incomplete. The logical move for RIM would be to integrate the operating system organizations into one. But in order to do this they had to make a tough decision, one that was undoubtedly made in favor of BB10 phones.

Honestly, it's almost as if BlackBerry had no choice but to abandon the PlayBook. There was just no way that BlackBerry could remain internally segregated while transitioning itself. Either they crashed and burned trying to sustain an unprofitable venture or focus all its power and resources on the development of BB10 phones and OS in a timely fashion. If there is any consolation, BlackBerry — for a moment — did try to sustain their tablet but quickly (and wisely) foresaw an even worse situation if they continued and stopped.

Heck, if I were faced with the same dilemma, I would have reluctantly done the same. BlackBerry made the right move even if we didn't understand it, though I suspect PlayBook owners will always have a bitter taste when it comes to this. RIM should have never made promises to PlayBook owners that they couldn't keep. Yes, RIM did their best to "smooth things over" by providing support for the next couple years but eventually precious time and resources could not be devoted any further to a product they knew would not be in their future. If there's anything to be learned from the PlayBook fiasco is that consumers should always buy a product for what it is and not for what it can or should be.

It's 2014 and there is a new CEO and management team at BlackBerry now. BlackBerry has become a more streamlined agile company with established divisions, on-time road maps and exciting new developments. It's a different BlackBerry with a fresh philosophy that has yet to be realized. Holding the current team responsible for the company's actions and decisions for the last three years isn't fair…the PlayBook being one of them.

After a large amount of prudent studying and research, BlackBerry intelligently concluded that it simply does not see the value of competing in the tablet industry. Yes, there are statistics that reflect increased sales and adoption of tablets in various sectors but it is still a very costly venture and one that will only slow down BlackBerry's progress and eventually bleed them financially dry.

Typically, tablets are consumption devices primarily used to browse the web, play games, watch videos and maybe for apps. Many people who own tablets rarely use them in the same capacity as their mobile phone.

This cannot be overlooked. If mobile computing is to be fully realized then the idea of an individual owning multiple devices seems to be a step backward. BlackBerry understands this. They are on the path of integrating mobile technology in an evolutionary way by creating devices that interact with the world around them.

Let's think for a second about how realistic it is for a consumer or businessperson to wear Google glass, a smartwatch, carry a tablet, smartphone and a laptop. It's too much. This mobile experience is fragmented, difficult to maintain not to mention costly and time consuming.

There are still many people who believe that a tablet is in BlackBerry's future despite them stating they have no interest in developing one.

The connectivity of everything is the future of technology but remains far from being galvanized. Perhaps BlackBerry can leverage this into a strength by focusing on true mobile computing and developing the next evolution of the smartphone with devices and software that go beyond apps, games and pictures into the interaction of things like car systems, desktop computers, medical equipment and home appliances.

Will BlackBerry abandon the tablet market forever? I don't even think BlackBerry can answer that now. There are still many people who believe that a tablet is in BlackBerry's future despite them stating they have no interest in developing one. Is it necessary for them to have one? No, not at this time. Is having an ecosystem priority over the cross-adaptability of communications and technology? In an industry where mobile giants are drawing lines in the sand and building ecosystems, a "me too" agenda shouldn't be on BlackBerry's list of things to do. You shouldn't want BlackBerry to follow or mimic. What works for the "others" doesn't necessarily mean it will work for them. BlackBerry's focus and priority is right where it needs to be now with the development of enterprise, BBM, QNX and next generation mobile devices.

If BlackBerry ever does develop another tablet, I'm certain the debacle of the PlayBook will be well remembered and not repeated. I'm also certain that their offering will coincide with their vision of defining the next generation of mobile computing. Until then, don't hold your breath.