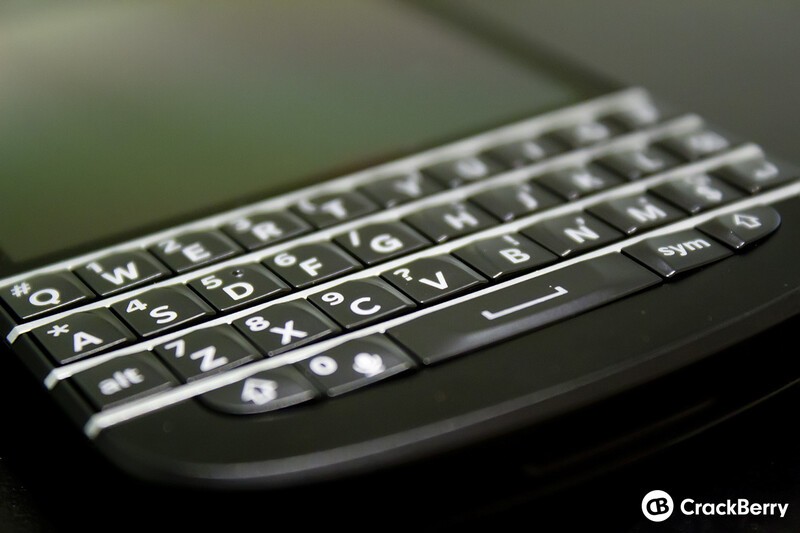 It may be preaching to the choir coming to the CrackBerry community to espouse the virtues of a real, physical keyboard, but when it comes to today's Talk Mobile topic, a lot of folks on the outside figure the debate between buttons and pixels has long been over. Sure enough, the market has spoken with its wallet and gone with all-touch smartphone models, but at this point I think that has just as much to do with a lack of options as anything. The all-touch revolution was kicked off in no small part by the iPhone, and ever since, finding anything other than a minimally-featured slab of glass at your local carrier store has become a challenge. For many, an all-touch device was their first smartphone (heck, it was probably their second, too), and they adapted from the get-go to virtual on-screen keyboards. For those users, a physical QWERTY keyboard on a phone is an oddity, and it's for them that I'd like to highlight a few of the reasons why phones like the BlackBerry Q10 and Q5 are still being made.

There's something to be said for the touch slate form factor, of course; all of that screen real estate opened up by ditching physical keys means you can see more of a web page, view fuller images, watch videos more comfortably, and interact with more of an app. Yet, I kept using a BlackBerry Bold 9900 right up until the launch of the Z10. Yep, I went to CES and got lots of weird looks from fellow tech press. There are two major reasons why I stuck to the physical keyboard before anything: prediction and focus.

As far as predictive texting has come since the T9 days, it's still not perfect, and until we start getting telepathic phones, it never will be. When people say they can type at least as fast on a pane of glass than a keyboard, I believe them - after all, it only takes smooth feathery touches to spit out text. I tend to have a few follow-up questions to statements like that. "How accurate is your writing? How many times a month do you have to go back over what you wrote in order to erase or correct something? Can you confidently and happily hit that 'send' button without reading over what you wrote a second time? If you can, how often do you send unintentionally-worded messages? How much work is it to write on a touch device? Enough to make you hesitant to start a message in the first place, or write something shorter than you would prefer?"

Okay, so maybe that's a bit aggressive, but you get my point. The challenges introduced by predictive texting are not insurmountable, but I think they've been naturalized for many smartphone owners to the point that they forget that these are issues they live with daily.

Maybe I take writing too seriously, but anything worth saying is worth saying well - yes, even in casual instant messaging conversations from my phone. I'm sure a lot of folks aren't that picky and will take a few extra inches of screen in order to play Angry Birds more liberally and deal with occasionally sending a hilarious autocorrect mistake to a friend. That's a tradeoff I can totally understand. For me, phones are tools first and toys second - my goal is to communicate as clearly, comfortably, and quickly as possible at the expense of all else. My phone is for messaging, and the other stuff? Well, it can handle that in a pinch. I've got a tablet if I really want to get my game on or watch videos.

Typing blind is a tier of usability that few touchscreen typists will ever be able to experience.

Then there's focus. On most touch phones, you have three separate areas to look at when typing. There's the keyboard, where your eyes have to stay most of the time out of necessity. Then there's where you're typing, to make sure your words come out the way you expected, and ensure there isn't anything new to take into account (such as fresh incoming messages). Finally, there's the prediction area, wherever that may be - usually above the keyboard, or in-line with the text field.

I think we're all in agreement that the Z10's prediction placement right on top of the keyboard is extremely smart since the bulk of our focus is on the keyboard when typing. However, you're still scanning two separate areas. Before long with a physical keyboard, your sole focus is on the text field, just as if you're typing on a computer. When you sit down at your laptop, you're probably not looking at your fingers on the keys unless you're new to the whole thing. In these scenarios, you're getting instant feedback about what you're typing, confirming keystroke after keystroke that you're writing what you mean to write. There's minimal backpedalling, and little of it is after the sentence is done.

Eventually you can take the leap of faith and type blind - watch where you're walking, talk to someone, and otherwise take in the outside world while still cranking out a message. Sure, you still have to double-check to make sure you haven't screwed anything up before sending, but that's every day for folks with a touch keyboard, and they need to be wholly absorbed in the task of message-writing. Typing blind is a tier of usability that few touchscreen typists will ever be able to experience without flipping on accessibility options (which means having a nice robot lady saying out loud where your finger is). Even though it still has a long ways to go and it won't become a full-blown replacement, I'm sure voice recognition will continue to help everybody across the board with eyes-free text input.

When you get to the level that looking at the screen when typing is optional, it makes writing with your full attention far more than functional - it's altogether luxurious. I'm not saying typing on all-touch devices is a horrible experience. I'm not even saying that it's sub-par or merely passable. My point is that real physical keyboards offer a high level of comfort and efficiency that serious writers can really appreciate. For those that are more relaxed about their mobile messaging, maybe the keyboard takes a back seat to other priorities.