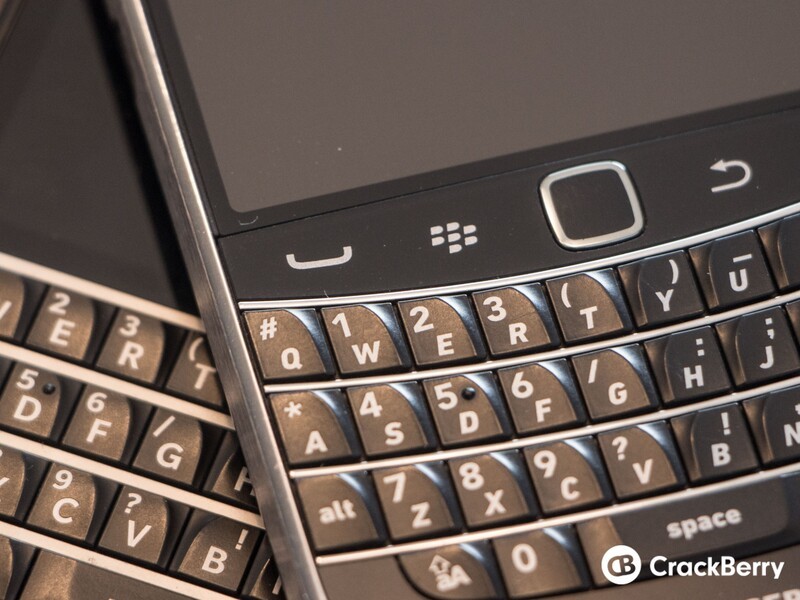 This week, during MWC in Barcelona, BlackBerry announced that we’ll soon see the return of the famous optical trackpad that so many of us loved prior to the launch of BlackBerry 10. I’m among the trackpad loving crowd, and I’m reminded of this every time I try to move the cursor around my screen to edit text on any of today’s typical touchscreen devices.

Last April I took a mini-rant to Twitter, suggesting that BlackBerry simply create a virtual trackpad that appears when I need it.

You know what I'd love to see @BlackBerry do? Add a virtual trackpad using touch screen. It only appears when I need it.

So the official news of physical buttons returning to the hardware had me a bit confused at first. I’d rather not loose screen real estate (which I use all the time) to hardware that could be implemented as software instead. Today’s capacitive touch screens have extremely fine resolution, so I can’t see a problem with a virtual trackpad.

But then it occurred to me that the prior trackpad, which was originally manufactured by Avago Technologies, works with optical technology. If you trace Avago’s roots back you get to Hewlett Packard (HP). They invented the modern optical mouse circa 1999. It worked by taking high speed photos of the surface beneath the mouse in order to calculate positional differences. When the optical trackpad came out, it did the same thing, but upside down. It works by taking photos of your finger and calculating movement. Very cool stuff.

Here’s one thought: Could Avago have improved the sensor technology enough such that it can work as both a trackpad, and an fingerprint sensor? BlackBerry certainly hasn’t hinted at this, but it would be pretty cool if they did this, especially considering the Q-series is popular with corporate types.

Here’s another thought: Several years ago I know BlackBerry was working with Avago to redesign the sensor so it would sit under the glass and be illuminated in some way so as to give it an awesome, integrated and futuristic look. I’m betting this has now happened, since it makes so much sense.

The 'Menu', 'Back', 'Send' and 'End' buttons and trackpad will be made an integral part of the device and user interface, enabling fast, precise navigation and a natural workflow within and between apps.

If the integration was going to be plastic keys and a trackpad poking out from a square hole in the case, why would they need to say anything? I think the wording “integral part of the device” hints at something new in the device’s industrial design. I’m looking forward to seeing the new hardware!