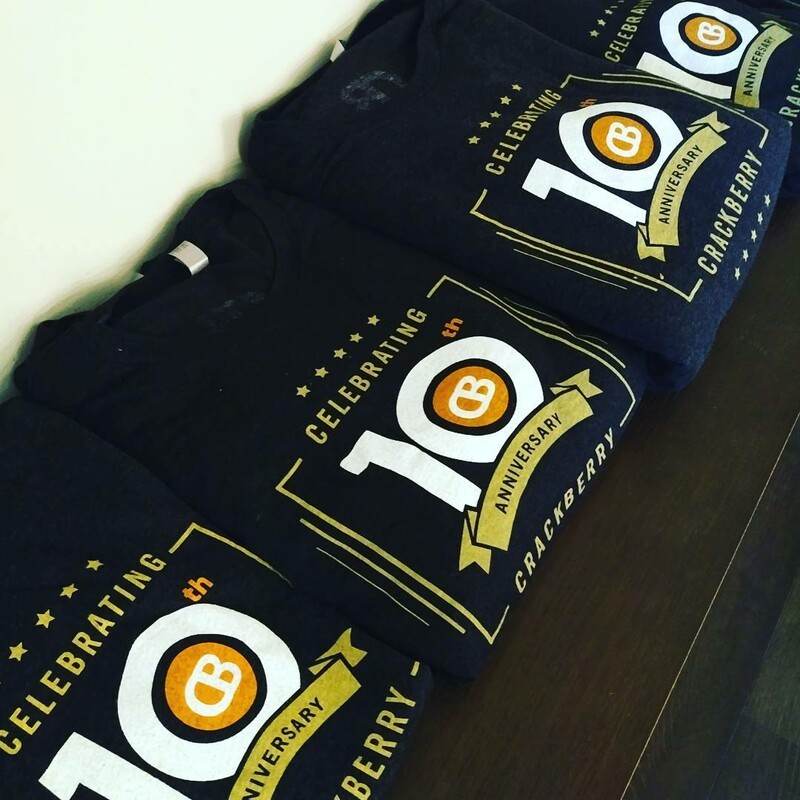 CrackBerry's 10th Anniversary month was amazing. With the return of CrackBerryKevin, blog posts and podcasts reminiscing about BlackBerry and CrackBerry legacies, the announcement of the BlackBerry KEYone and the meet-ups in Barcelona and Toronto, February was a month filled with a lot of awesome times.

Though the anniversary month is over, there is still plenty of fun and excitement happening here at CrackBerry. We're scouting out locations for future CrackBerry meet-ups and hope to hit at least a few more cities before the BlackBerry KEYone is released in April. Make sure you head over to that post and leave your vote if you haven't already!

In the meantime, we have quite a few CrackBerry 10th Anniversary t-shirts left, and we'd love to give them away to some of our loyal readers! In the spirit of the old days of CrackBerry, we're just asking you to leave a comment to enter. Just let us know why you want a CB shirt and your t-shirt size (small - 2XL). We'll keep it short and pick a bunch of winners next week! Good luck!

Here are the winners! Congrats everyone!