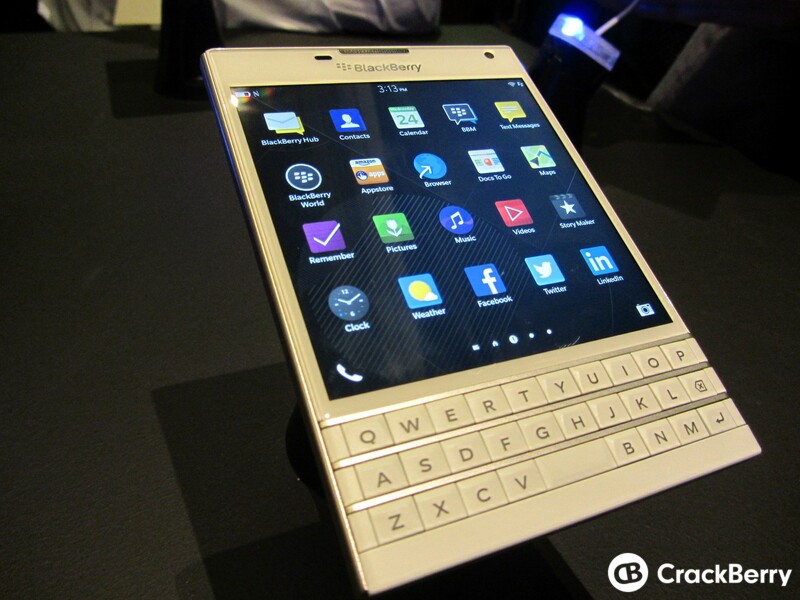 We've known about the white BlackBerry Passport since the piano black version was announced and was even showcased at the launch event back on September 24th, 2014. However, it hasn't been available anywhere. We heard it's coming around December 1st to UAE and now a U.K. online retailer looks to be getting it in early December too.

Clove Technology, who currently stock the black BlackBerry Passport, is expecting the white version week commencing December 8th, 2014. It's priced the same as the black version - £485 (inc. VAT). You can order now to get in on the first batch.

I'm quite partial to the white BlackBerry Passport. I preferred the white BlackBerry Q10 to the black version and when I saw the white Passport on display that was the one I wanted. It was unfortunate that it wasn't available from launch. Maybe I'll pick one up. Though, that red Passport looks a treat too. I'm being too greedy.

Anyway, if you've been wanting to get your hands on a white BlackBerry Passport, why not order one today? How about getting one as a gift? It would be a great gift to find under the tree.