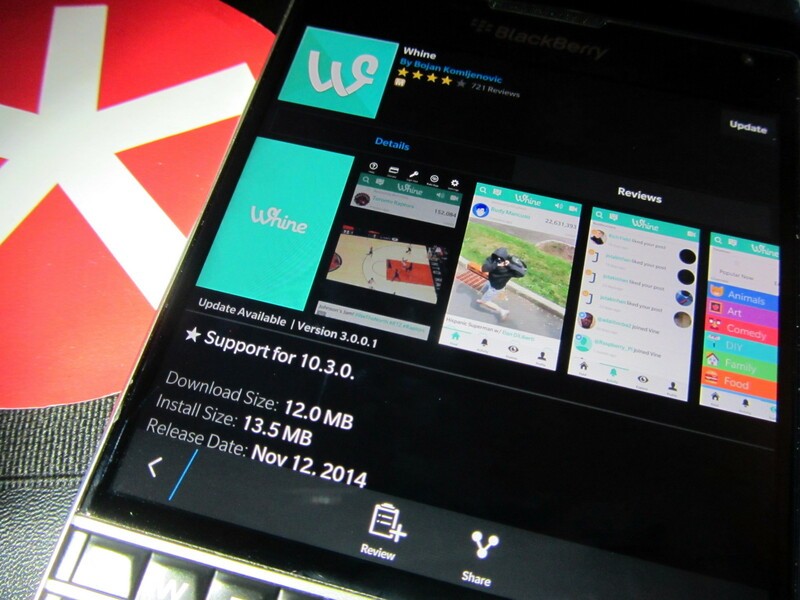 At the start of the week, on Monday 10th, we saw third party Vine client, Whine, get updated to v3.0. However, it was only available for those running OS 10.3.1. Today, though, another update has been pushed, and you should see it if you're running OS 10.3. Whine v3.0 is now available to those users on BlackBerry 10.3, which officially would be BlackBerry Passport owners, as well as those that dropped some cash on the Porsche Design P'9983.

As a reminder, here are the new features of Whine v3.0.

It's running very smoothly on the BlackBerry Passport, taking Vines, or in this case Whines, is a lot smoother and faster, it's more fun to use. If you are running a lower OS, i.e. 10.2.x and below, you can still download the older version of Whine. It is available for all BlackBerry 10 smartphones but as stated v3.0 is only available for those running OS 10.3 and above. It costs $2.99 but if you already have it installed the update should be free.