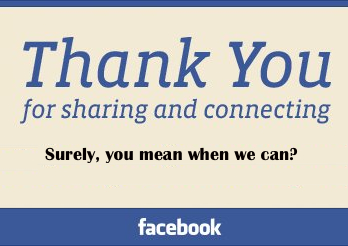 Before I get started with this article let me make on thing clear. I am not a Facebook user in any way. Time and time again reading through the forums and comments on the blogs when there are issues I have consistently noticed one trend that follows each an every single Facebook on BlackBerry article. If people are having issues they automatically attribute those issues to BlackBerry or Research In Motion directly. Everything from " This app is a POS, RIM should fix it" right down to "I will never use this garbage again, I'm buying a <insert device> because of this" I understand some of this thinking, I really do. It's a RIM developed application, installed on your BlackBerry it's only fair that you attribute issues with the app to BlackBerry or RIM in general.

There is one flaw in this thinking that I can no longer sit back and read without informing users and giving them a better look at the possible answers for the issues. I'm not writing this to defend RIM and make them shining stars. I'm writing just because I want people to understand that not every issue with the Facebook BlackBerry app can be blamed on Research In Motion. Facebook is a huge site. They are constantly making changes within the site itself and with that they often break things while fixing others. Some of it, they may not even realize. Now, look at this situation from a developer standpoint. You have everything up, running working great and then BOOM. Facebook messes around with some API without telling you and all of a sudden your app can no longer send a status update. What exactly are you as a developer going to do? Try and fix it? Wait for Facebook to realize the mistake they made due to numerous others that relied on that API reporting it?

Most developers would likely decide to wait and see if the issue resolves itself or if Facebook offers up some official announcement as to what they may have messed up while adding the latest Farmville expansion pack. This scenario is played out across all platforms that connect to the Facebook API platform. They all have issues at some point and again, the majority of those issues are not even related to the device, OS they are using to connect to Facebook. Some of those issues may even show up on different platforms at the exact same time. The official iPhone Facebook app developed by Facebook themselves was most recently blasted after what some considered to be a terrible update. Now, as I mentioned I am not a Facebook user so I am certain there really is some issues with the Facebook app that RIM really could fix but, to base each and every failure of the app on RIM is just incorrect. There is far more complexity to these things then just simply saying "RIM should fix this junk" especially if the issue is not something RIM can even address on their side of operations. In all reality, you should consider it a good thing that RIM cares enough to even acknowledge an issue within the Facebook application. It's not often you would get Facebook to offer that kind of information or feedback to end users until after they have cleaned up their mess. /end rant.