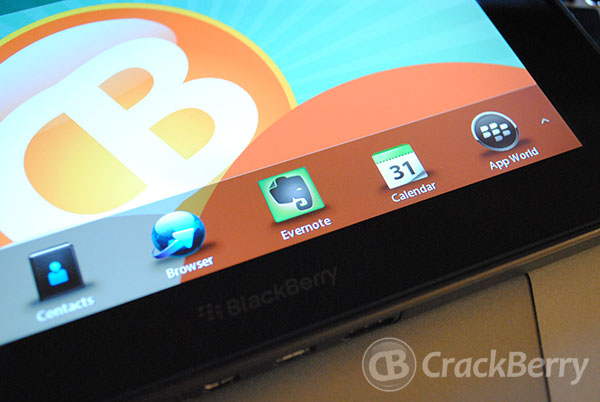 As most of you all know, last week RIM went ahead and announced availability for the 4G LTE BlackBerry PlayBook. With that release, they also managed to push out OS 2.0.1.688 for Wi-Fi versions of the PlayBook. Shortly after we announced both here on the CrackBerry blogs though, OS 2.0.1.688 managed to disappear.

Some folks managed to get it downloaded while those who opted to wait and download it at a more convenient time, ended up not getting the update at all. Over the course of the weekend, may folks from the forums noticed this and some even managed to call RIM to inquire where customer service reps were advising that the update never even existed. Odd, especially when RIM's own technical knowledge base refers to it.

RIM had this to say:

RIM discovered an issue with the PlayBook software 2.0.1.668 update. The update has been removed. Customers that have already successfully updated to version 2.0.1.668 are not affected and can continue using their PlayBook with the updated software.

One huge reason the update was even made available in the place was because there was a vulnerability found within Adobe's Flash Player. If you read through the information, it says right on the RIM site that RIM has issued BlackBerry PlayBook tablet software version 2.0.1.668 which resolves these Adobe Flash Player vulnerabilities on affected versions of the BlackBerry PlayBook tablet.

Hopefully an update will again be available before to long. Stay tuned.