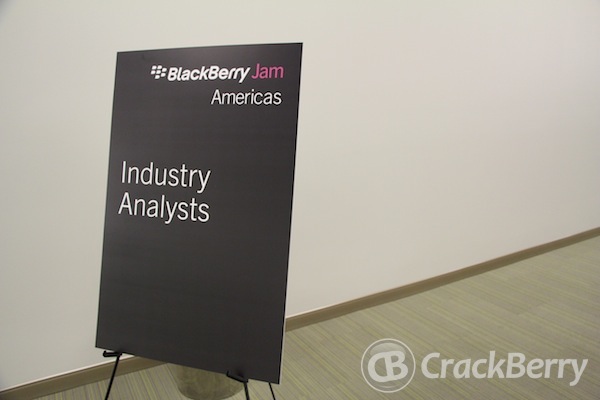 After getting some positive press in recent months, RIM is back to getting negative headlines again. No, they haven't done anything. But one Bay Street analyst is saying BlackBerry 10 might not come out until March. This analyst, by the way, is well known for making noise.

Eric Savitz at Forbes wrote a piece discussing the analyst report, which you can read if you care. But I'll spare you the click. In a nutshell, we have an analyst who is telling clients to sell their shares in RIM because BB10 may not come out until March. This means the February quarter won't benefit from any BB10 device sales.

Furthermore, current sales are under pressure, so the November quarter could be pretty bad. Finally, he's saying nobody wants to buy RIM, and for RIM to be successful as the 3rd mobile ecosystem they need to convince Samsung, ZTE or Huawei to license BB10.

Here's my take: Lots of analysts have intelligent things to say. And some don't have much of value to add. Just put some thought into what you're reading and think about what matters. RIM's current quarterly results hardly matter. Stability of the user base matters while we wait for BB10 to be launched.

Is it really delayed until March? The Jeffries analyst seems to think so. Maybe he's right, maybe not. If he's correct, this is still a Q1 release, so RIM won't technically be missing a promised milestone. But, they did lead us to believe a January or February release was likely, so if it slips to March, I think it tells us they still have a long way to go to earn back our trust in terms of meeting dates.

Is it any surprise that nobody wants to license BB10 yet? Of course not! RIM is looking to launch it on their own first. They have to prove the OS in the field with real customers. Then they can look at licensing it. Thorsten Heins made this very clear at BlackBerry World in May. And my bet is they won't look towards other handset makers from day one. They'll look at other vertical markets (including automotive).

Analysts are under pressure to write reports on stocks, and their sales force wants every piece of research to relate back to the short term view on a stock (otherwise they have nothing to call their clients about). This perpetuates the publication of research with an extremely narrow focus on next quarter's earnings rather than long term strategy and business success. That's the business of making stock market predictions. The more a stock moves, the more analysts will talk about it. RIM just rose by 30% and now we're seeing new "reports".

My view has been, and continues to be, that RIM has enough cash (and a stable enough customer base) to make it through to the launch of BB10. From there it's all about delivering an amazing experience to customers. This company's two major problems to solve are: 1) get the hardware business back to profitability; 2) fight off service revenue pressure as long as possible while rebuilding around the new platform. To invest in RIM, right now, is to buy into the idea that it can achieve these goals.