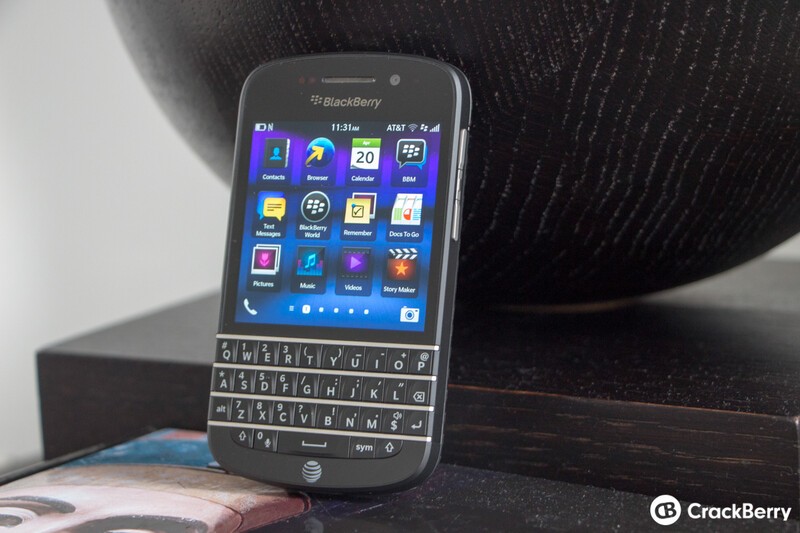 If you haven’t yet watched the interview with Thorsten Heins on Bloomberg, you should definitely watch the short clip. Adam already posted a summary here and the video is embedded.

“We expect several tens of millions of units”, said a confident BlackBerry CEO on camera. That’s a huge statement to make, and from what we’ve seen of the man so far, he is a man of action. He is not one to exaggerate and make crazy promises.

I’ve said it before, and I’ll say it again. I think the Q10 is monumentally important as a cash cow for BlackBerry over the next year.  It seems the company is milking that cow a bit harder up front by setting the price point fairly high.  In the UK we’ve seen off-contract pricing at £579, which is about $897. Obviously there is a retail markup on that price, but it’s a good sign that the ASP BlackBerry is seeing here is above the $500 level to start.

I’d originally been told they would price it for volume. I interpreted this to mean they’d be a bit more aggressive with it. But things change. It’s possible their marketing studies showed them an aggressive price would be leaving money on the table.

Heins, in his interview with Bloomberg, is clearly confident with initial demand (UK sales, preorders, etc) even with the high price point.  He reminds us that the installed base is over 70 million people. And he expects to sell several tens of millions of units.

Now let’s think about this, shall we? A lot of people have waited a long time for this device. Say BlackBerry moves into a one year replacement cycle for its hardware, similar to Apple. The Q10 will then be “the” QWERTY device to own for the next year, until which time as something else replaces it, and perhaps it stays on the market at a lower price point. I give it two years before it’s not selling anymore, having been totally replaced by newer models.

I’d expect the sales to be very front-end loaded. So if by “several” tens of millions, Thorsten means 30 million units (just a guess), then I’d peg 20 million of those to happen in the first 12 months. That’s 5 million per quarter. Also, last week we weren’t 100% sure if the Q10 would launch with OS 10.1, and clearly it has. This bodes even better for a quick corporate rollout.

If BlackBerry 10 sells north of 5 million per quarter (remember we now have the Z10 and the Q10 selling), I think analysts will be forced to massively raise their numbers.

And we all know what that means to the stock, don’t we?

Ready to rock and roll this? I sure am.