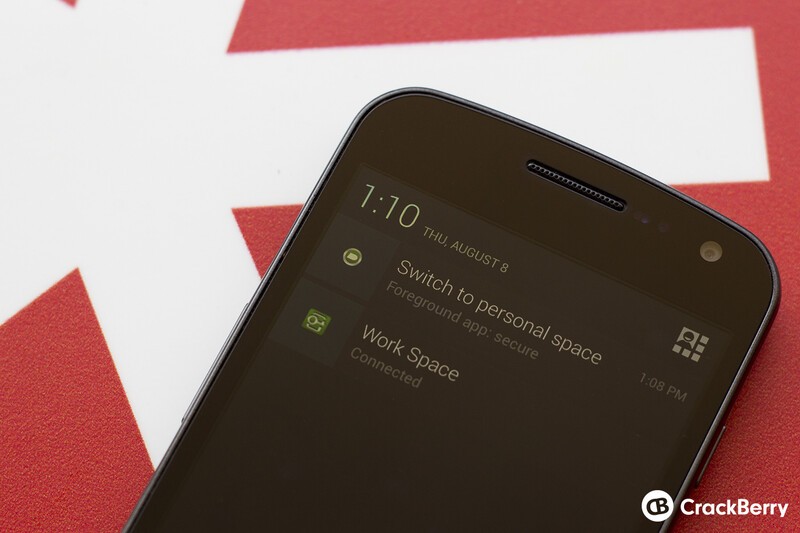 As more companies started allowing iOS (iPhone/iPad/iPod Touch) into the enterprise, a second trend of Bring Your Own Device (BYOD) also started to take hold.  Companies adopted a BYOD policy allowing their employees to choose whatever device they wanted to, but had to agree to have that device managed and secured by their company’s Mobile Device Management (MDM) system.

In many instances, employees became wary that their company had such control over their personal devices, and could wipe them at any time, not to mention enforce security policies and restrict capabilities. The idea was born to create a secure container on the Smartphone and Tablet that only contained corporate email, contacts, calendar, and apps.  This secure container was encrypted, and had its own separate user interface and apps.

The second reason that these secure containers became popular was Android.  Unlike iOS, Android does not have the enterprise grade controls in place, and with the different custom builds of Android by vendors like HTC, Motorola, etc. each with their own variations on security, the problem becomes compounded.  A secure container then, unifies the security of corporate data no matter what flavor of Android you choose.

BlackBerry saw the success of Good Technology and Divide (amongst others) and created Secure Work Space. Secure Work Space works in the same way that Good and Divide do by providing a secure, encrypted container with its own apps, but also routes the data via the BlackBerry Network Operations Center (NOC).

In addition to providing email, contacts and calendar, Secure Work Space has its own secure web browser that works in a similar way to the old BlackBerry Browser on BBOS, where the user could use it to access company web sites behind the firewall without the need to first connect via Virtual Private Network (VPN).  Finally, Secure Work Space comes with a version of DocumentsToGo that allows the user to view and have limited editing capabilities on Microsoft Office documents like Word, Excel, and PowerPoint.

Extra apps can be deployed to the Secure Work Space by doing what is called “wrapping”, a technique that “wraps” the app in a security blanket to allow the administrator to have control over it on the mobile device.

Dual Persona solutions like Secure Work Space can be the perfect choice when a company adopts a BYOD policy.  There is benefit to the user and IT.  The IT department can deploy a uniform security policy across all iOS and Android devices since the policies themselves are limited to the secure container.  The user benefits because their personal device that they paid money for, is not controlled by IT.  IT cannot see what they have installed, enforce passwords, or remotely wipe their device.  The user feels comfortable that their personal and work life is being kept separate, and all IT can do it wipe the corporate data and apps.