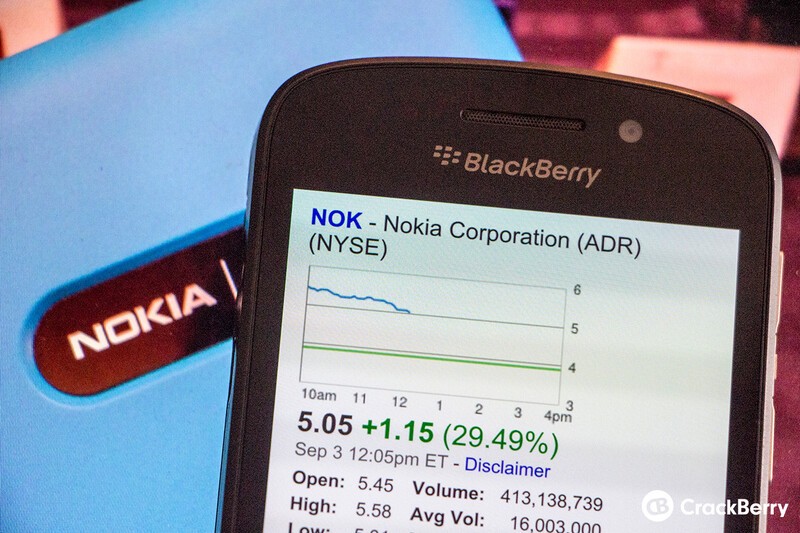 This morning Microsoft made official what lots of industry observers thought was the only logical conclusion ... they bought Nokia’s phone and services business. They’re also picking up necessary patents and licensing Nokia’s mapping technology as part of a $7.2 billion deal.

In my mind this deal is confirmation that Microsoft felt it needs to entirely control the hardware end of the business in order to compete in the smartphone platform war. Apple already enjoys this benefit, and Google purchased Motorola as a potential move in this direction. BlackBerry has always been a platform controlled by one company.

If BlackBerry was to exit the smartphone hardware business I think they’d be shutting it down, not selling it. They’d be admitting defeat in consumer-facing hardware and consolidating their effort into behind-the-scenes work. They’d sell software and services for the enterprise, or they’d leverage their NOC to host developers’ applications in their secure cloud.

Will BlackBerry have to exit the hardware business though? I’m not sure. If they are to stay involved with hardware (and with BlackBerry 10), they can either fight in the global consumer + enterprise market, or they can abandon the consumer market and become a niche player in the enterprise market. If they do anything other than demonstrate full commitment to the consumer market they’ll kill any momentum they had getting developers to bring games and apps to the platform. If they decide they can’t build consumer relevance, they could conceivably niche-down, focus on the enterprise and possibly enable their devices to run Android in parallel, with access to Google Play.

As a quick side point, I like that Nokia is holding onto its mapping technology. Right now I think Nokia has some of the best maps in the business and BlackBerry’s mapping software hardly counts as an attempt. If BlackBerry stays in the smartphone business I’d like to see them license Nokia’s technology - something that probably is easier to do now that Nokia is out of the hardware market.

Does this deal mean BlackBerry is undervalued?

Microsoft is paying $5 billion for the hardware business and just over $2 billion for patents and licenses. The combined deal is valued at about $7.2 billion compared to BlackBerry’s market capitalization of $5.3 billion today. Some would say this must prove BlackBerry is undervalued, considering the installed base of customers for BlackBerry is much larger than for Windows Phone (including older BBOS devices).

BlackBerry, the stock, may be undervalued. But I don’t think the Microsoft Nokia deal proves this at all

I don’t buy into this argument. As my father always taught me, the value of something is exactly equal to whatever someone else is willing to pay. Microsoft is willing to pay $5 billion for hardware because they’ve now emerged as the #3 platform. Research from Kantar Worldpanel shows Microsoft Windows Phone now achieving about 1 in 10 smartphone sales in major European markets. There is obvious value for Microsoft to control the hardware business and possibly accelerate this growth. If gross margin on Windows Phone devices is $40 per unit (as widely reported) then what does it mean if net profit is $20 per unit (my rough guess)? I’d say it means Microsoft needs to sell about 250 million phones to make its money back. If you are the #3 player in the market then 250 million units over several years is realistic. If you’re a smaller player, it’s an insane expectation.

BlackBerry, the stock, may be undervalued. But I don’t think the Microsoft Nokia deal proves this at all. If it is undervalued it’s because the market fails to appreciate the potential for BlackBerry to emerge as a strong player in the global M2M market, or in enterprise data & security, or by selling its assets including its portfolio of patents. It’s certainly not undervalued just because Microsoft paid $5 billion for Nokia’s hardware unit.

To summarize, I think this deal changes the landscape. It changes the competitive dynamics. It’s a move that many people saw as obvious for Microsoft, and I absolutely believe it’s a smart decision. From a stock perspective everyone will now be looking at what it might mean to BlackBerry’s valuation. But make no mistake, this is not a positive for BlackBerry’s aspirations as a smartphone vendor. They have to step up their game big time or they need to step down and find a profitable way to compete in the market via software and services.