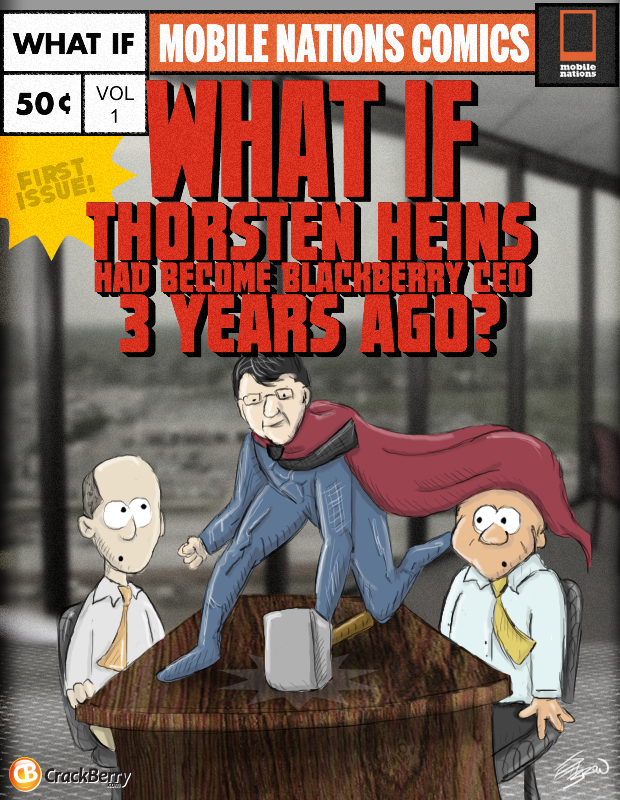 Inspired by our love for What If comics, WHAT IF is a new Mobile Nations series where we have some fun and discuss how differently things might look now if "something" was done differently back then...

And as a result of BlackBerry 10 hitting the market sooner, I think we'd already be at far more than 80 million BlackBerry subscribers and a share price much higher than $7. Maybe some of the necessary layoffs at RIM would have proved less necessary as well.

Sure, he's only been on the job for eight months and a day, but in that time the might of Thor's hammer has already brought about a ton of organizational change, including a much-need restructuring that puts execution at the core. RIM as a company has changed a lot since Mike and Jim stepped down, for the better.

Thorsten inherited a lot of baggage when he stepped into the role of CEO, and there's no denying the challenges RIM faces as they work their butts off to successfully bring BlackBerry 10 to market. He also took the CEO reigns while BlackBerry 10 development was already well underway. What if Heins' "laser focus" was in play as RIM acquired QNX? I have to believe things would be very different right now.

Agree? Disagree? Sound off in the comments! That's what WHAT IF posts are all about!