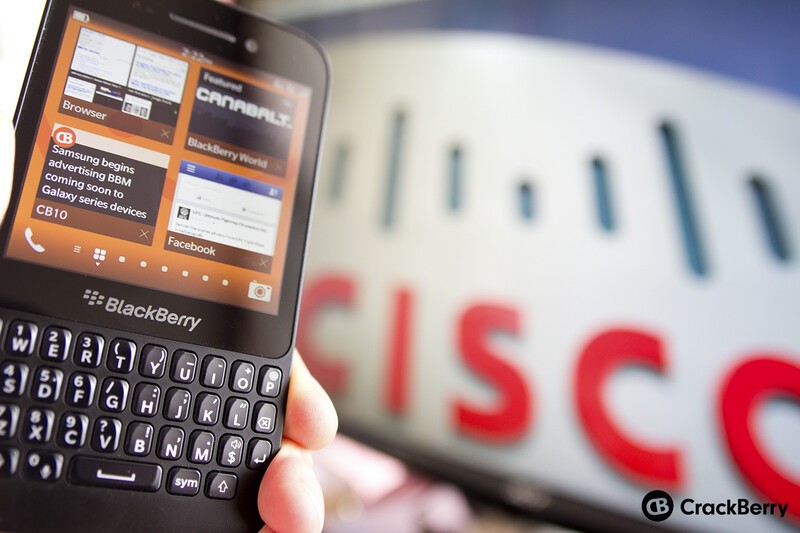 Ever since BlackBerry announced that they’re assessing strategic options, including (but not limited to) selling the company, everybody’s been talking about who would buy them. Of course we’re all rooting for BlackBerry and hope that it doesn’t come to an outright sale, but there are a lot of different ways the next few quarters could pan out. Patents could be bid on by a consortium of manufacturers, BlackBerry could be split up into service and handset businesses, and who knows how much of the company buyers would hang onto or simply liquidate.

Those are grim outcomes that few BlackBerry fans want to face, but that doesn’t make those possibilities any less real. In the spirit of making sure we don’t have our heads stuck in the ground about BlackBerry’s present situation, and potentially discovering some best-case scenarios for the future, let’s take a look at who could buy BlackBerry, why they would be interested, and how such an acquisition would work out. Let’s start with Cisco.

Cisco has been my top pick for a BlackBerry partnership, merger, or acquisition for a long time. Both companies are steeped in the enterprise space with a particular focus on infrastructure. For those unfamiliar, Cisco sells business-grade routers, call conferencing solutions, collaboration tools, data centers, and the like.

Could Cisco afford to buy BlackBerry?

Cisco certainly could afford an acquisition of BlackBerry.  The router giant's market value exceeds $125 billion, and they hold a whopping $50 billion of cash on their balance sheet, along with $16 billion of debt. Financials wouldn't get in  the way if Cisco wanted to either do a stock, cash, or combination deal to acquire BlackBerry.

Cisco also has a long track record of doing acquisitions, having acquired over 140 companies.  That said, most of the deals have been much smaller than a potential BlackBerry acquisition.  Its largest deal?  Paying $6.9 billion to buy Scientific Atlanta.  Other billion plus dollar deals include Tandberg (video conferencing) for $3.3 billion and Webex (webinar platform) for $3.2 billion.  They also bought Starent (mobile IP networks) for $2.9 billion and Adiamo Networks (a storage area networking company) for $2.5 billion.

As you can see, Cisco's got the cash and financial strength to acquire BlackBerry, and it's up for debate whether or not BlackBerry fits in well with Cisco's past buying patterns.

Why would Cisco want to buy BlackBerry?

When it comes to assessing Cisco's motivations for a hypothetical purchase of BlackBerry, the most important part for me is that Cisco has shown an interest in getting into devices with their Cius tablet. They stopped shy of moving aggressively into the mainstream smartphone and tablet market however, opting for direct enterprise sales instead. The Cius got axed before it had been out for even a year, and Cisco laid the blame squarely on the bring-your-own-device movement in enterprise.  BlackBerry has been wise to this trend and has been expanding their management solutions to include rival platforms. Though BlackBerry could provide an all-in-one foothold for Cisco to get in on the device game, they would also be flexible enough to support multiple platforms. Even if this required BlackBerry to dial back its consumer business and focus on providing specialized solutions for enterprise, I think it would be a good fit for BlackBerry given the company’s legacy in the corporate sphere.

As you can see above, Cisco is also very much a part of wireless service backbones, and they see BlackBerry as a part of that ecosystem. With BlackBerry in the fold, consumer or business devices could be tailor-made to networks running on Cisco hardware. Even if BlackBerry becomes a device you no longer see on carrier shelves, BlackBerry's acquisition of QNX indicates that they're interested in spreading out into the wider internet of things, and being a part of Cisco could enable that transition.

How likely is Cisco to buy BlackBerry?

The problem here is that despite the obvious similarities between the two companies, Cisco is a little gun-shy of the device game after the failure of the Cius and the Flip. Of course, the value of BlackBerry’s device business is dubious for many potential suitors, but luckily the vast majority of what BlackBerry’s doing outside of devices could supplement or extend Cisco’s existing businesses. I would inch Cisco’s odds of acquiring BlackBerry just a little higher than average - maybe a 6 / 10, assuming BlackBerry gets sold at all.

Of course, this is squarely in the realm of speculation. What do you think Cisco’s odds are of acquiring BlackBerry, if the company does end up getting bought? Who would be the most likely to buy BlackBerry?