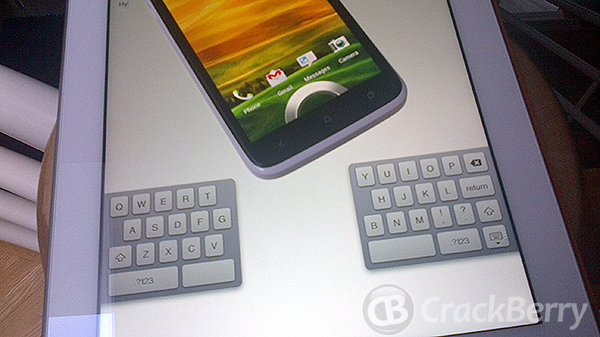 Apparently us Mobile Nations people are a demanding bunch. Following up their pre-release look of the Windows Phone 8 SDK, the Windows Phone Central audience chimed in with a massive response of the features still missing on Windows Phone 8. iMore followed up, asking their community what features still need to come to the iPhone. We already wrote an article on how that one turned out - it seems BlackBerry 10 will launch with the features iPhone users want most. Now it's time for CrackBerry readers to express their demands!

At this point, we know a lot about BlackBerry 10. We have witnessed the "flow" experience of BlackBerry 10. We know RIM wants to claim the title of best keyboard, be it on a touchscreen or using physical buttons. We know they're catering to those power communicators, who value a phone you can effectively use one-handed. We know BlackBerry 10 is built upon the QNX-based OS that powers the PlayBook today, which means it's a multitasking machine. And between the demos, previews and a few leaks, we've seen many other bells and whistles.

That said, there is still a lot we do not know about BlackBerry 10. At BlackBerry World in May, RIM's CEO Thorsten Heins told us he wanted to keep some secrets, and you get the company is doing their best to keep as much of BlackBerry 10 under wraps as possible so we're pleasantly surprised when the time to unveil it is here.

Question of the Week: Since we don't really have the 100% complete picture of all of BlackBerry 10's features, I can't really do a post here asking what features are missing. Instead, I'd like to see a discussion based on features that are out there, on other mobile platforms, that you'd ultimately like to see offered within the BlackBerry experience one way or another. Ignore patents and all that stuff on this one. What features would you most like to see BlackBerry "borrow" from the competition? I'll kick it off in the comments below with two of my favorites from iOS and Android, and we can go from there. You know RIM will be reading this one, so lay it all out!