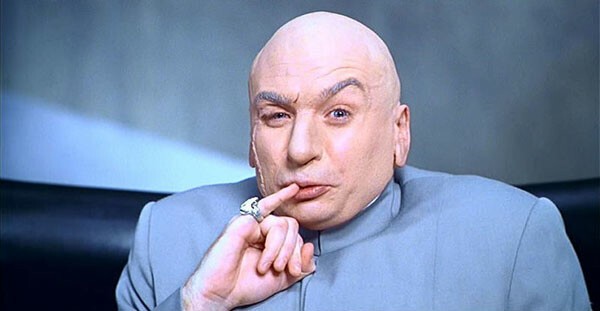 Yesterday was a big news day for BlackBerry. Verizon announced its Z10 launch details, BlueFin released a report for its research clients saying that BlackBerry has ramped up orders big time, and of course BlackBerry press released its largest order ever.

Yup, some “partner” ordered one million devices with shipments starting immediately. I’d like to shed some light on what this means based on my own experience covering the company for well over a decade now. It sucks that this is still so necessary, but we have articles like this one from TechCrunch that just show off how little people understand.

First of all, when companies get record orders it is totally normal for them to pound their chest in the form of a press release. If the news is either good press or material to investors then it should be press released. Obviously this one million device order was both good press AND significant. Just look at how the stock shot up after the news hit the wire.  So for TechCrunch to refer to the release as “pretty hilarious” is an enormous sign of ignorance.

Next - who placed the order? We don’t know and it’s entirely normal for this kind of information to remain unpublished in press releases. Usually the company issuing the press release (in this case, BlackBerry) would love to share the news with the world. But unless they have permission from the customer, it ain’t gonna happen. In fact I’ve seen situations where the seller thought they had permission, issued a press release, and then was essentially slapped in the face by the buyer because of the misunderstanding. Rule of thumb:  NEVER issue a buyer’s name in a press release unless you are absolutely sure they are OK with you doing so.

The buyer must have been either a US wireless carrier or an international distributor, as far as I can tell.  Kevin and I had a quick chat about this and we both feel it is more likely a US carrier based on the order size and the timing.

One million devices is a really nice order

The order size itself is pretty significant for BlackBerry.  They said it was the largest single order ever placed.  I believe it.  In the past when I’ve dug into carrier orders I believe Verizon used to place initial orders of about 500-600 thousand.  That was pretty much at the peak of BlackBerry business in the US market.  So from where I sit, one million devices is a really nice order.

Does this mean US sales are set to hit new records?  I wouldn’t jump to that conclusion either.  Remember that BlackBerry hasn’t had a modern device released into the market in quite a long time.  There are a lot of buyers waiting to upgrade.  So this could just represent a one-time spike in sales.  But that said, we’re all loving our Z10 devices, and I think an order of this size from a partner is further proof that BlackBerry is back.

We will keep digging, and if we learn anything else about this order (or others like it), we’ll certainly post updates.