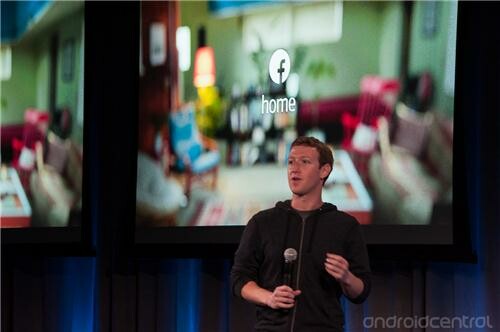 In the event that you could care less about Facebook, or just haven’t been following the  news, yesterday was a significant day for the social media giant run by Mark Zuckerberg. They rolled out a new Android app, for lack of a better word, that takes over the home screen of Android and deeply integrates with the OS.

The "app" is called Facebook Home. There is no Facebook phone. There’s a very creatively designed Facebook experience that gets layered on top of Android, and can run on most Android phones. Facebook hasn’t forked Android. They’ve obviously gotten Google’s approval here, otherwise they’d not be able to use the Google Play store, or any of the Google apps.  In other words, without Google’s blessing, they’d be in the same position as Amazon, who doesn’t ever speak of Android even though we all know they’re using it.

I watched the live stream. I enjoyed the presentation. Zuck and his team wasted no time demonstrating all the new features, introducing partners AT&T and HTC, and wrapping up the event in well under an hour.

There are two main features everyone is talking about. First is the home screen / lock screen takeover. When your phone is locked, or on the home screen, you see a flow of photos that friends have posted, and you have easy access to read or compose comments, or even like the photo with a double tap.

The second feature is called Chat Heads.  Personally I think this is way cooler, and makes chat really easy. When I saw it my immediate inner dialogue was, “Wow, that’s amazing. I wish BBM and Twitter had that capability.” I hardly ever use Facebook, and I never use Facebook chat, so while I admire their brilliant Chat Head feature, I don’t want to use it.

Ok, so if you haven’t seen it yet, Chat Heads are someone’s profile picture sitting beside a chat box that follows you around your phone. If you’re browsing the web and a chat comes in, you can interact with it automatically. It exists as a layer on top of the browser. If you move to your calendar, it follows you. You have to admit it’s brilliant even if you don’t use Facebook chat.

With respect to BlackBerry 10, remember that it’s based on QNX. Part of how QNX operates is to use a rendering engine, so everything that renders on the screen is controlled by this single rendering engine. This is just one of the processes that feeds into the QNX process manager. Apps that exist as live tiles, for example, feed information into the rendering process for display on the live tile screen.

BlackBerry 10 could easily implement a feature similar to Chat Heads, and I think the company should do it.  Copy what Facebook did and give users the ability to control which contacts, if any, are Head Chat enabled. In fact, I’d love it if BlackBerry took the Hub and enabled something akin to Head Chat for all messages that flow into the Hub. Let me pick the people I care about most, to be part of this feature, or let me de-activate it entirely. I think it would be one step above the current Hub, and it would be awesome.

So does Facebook’s new “Home” really change anything? I don’t think it does. I think Android, BlackBerry and iOS should be able to copy the idea and bring it to any kind of message or chat, not just Facebook.

Yes, what Facebook did is very neat.  It’s clever.  But the coolest part of Facebook Home is 100% copyable by BlackBerry, Android and others.  We already know QNX has this capability built right in.

In one year’s time, I don’t think Facebook Home will stand out much.  I don’t think it will be a relevant factor in choosing a smartphone.