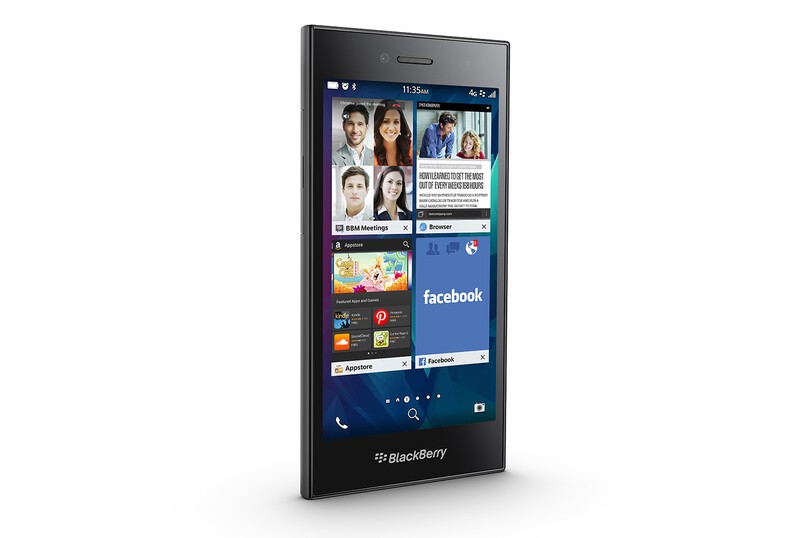 Although the name slipped out a bit early giving everyone some time to form some opinions on it, it wasn't 100% confirmed until BlackBerry officially announced it at Mobile World Congress. Now though, the BlackBerry Leap is here and as Ron Louks, President, Devices and Emerging Solutions noted, 'the BlackBerry Leap was built specifically for mobile professionals who see their smartphone device as a powerful and durable productivity tool that also safeguards sensitive communications at all times.'

I have no problem with their pitch for the device. It's fitting and at least they considered who the device would be for, but I have to say, I'm not so fond of the name. There's no doubt it's better than adding a number and a letter to the end of the BlackBerry and it keeps in line with other recent devices all having a name but BlackBerry Leap? Maybe I can't get this image out of my head and I totally can't wipe my memory of Former BlackBerry Co-CEO Jim Balsillie's comments about leapfrogging the competition.

Don't get me wrong. I get it. I'm a start up, I'm leaping at the chance to make things happen, and BlackBerry is there to help me do it but I still don't know how I feel about it. The name feels like it's overselling the device for what it is. Almost like they could have held onto this name for something better, something more compelling. I wasn't really fond of the BlackBerry Passport name when it was announced either, but it made sense and it grew on me after a while, maybe the BlackBerry Leap name will do the same.

In any case, how do you all feel about the Leap name? Let us know in the poll below. Love it. Hate it. Don't care. Inquiring minds want to know. It'll be interesting to see the results on this one for sure!