Ever since the BlackBerry KEY2 was announced well over a year ago, there has been talk of a BlackBerry KEY3 and while TCL has offered no official KEY3 comments specifically, a few recent interviews with TCL Executives has placed focus on the potential of it eventually coming to market and TCL's plans for the BlackBerry brand.

During a CCS Insight Predictions event in London, as part of a much broader conversation about TCL, their brands, strategy, and 5G rollout, TCL's General Manager of Marketing quickly noted "If you would introduce 5G on a BlackBerry device, I don't see the point if you get your emails faster. It's not the entertainment proposition."

That offhand comment brought back KEY3 discussions in the CrackBerry Forums with debates over whether 5G is needed or if it could wait until the technology has matured, and whether or not a BlackBerry can be considered an entertainment device. Perhaps it's just me, but after watching the full interview, the key takeaway wasn't 'there will never be 5G on a BlackBerry', it was that the time is not right for it yet due to a number of things including price and TCL's hardware plans, which also have Alcatel phones getting the game-changing technology 'later.'

Right now, TCL is focused on extending the TCL brand and recently announced the TCL PLEX. That brand extension and focus, however, has left some folks wondering where Alcatel, BlackBerry, and Palm stand. In a second interview given in London, it was noted those brands all have a place, and TCL remains committed to each of them.

This is a long term strategy for TCL. We're not here for short term success. The first step for us is TCL Plex, this will not replace Alcatel and BlackBerry or Palm. TCL will sit above those brands and focus on the mid-tier segment.

Now, even though there are no solid confirmations there for a BlackBerry KEY3, the fact TCL is out there discussing their brands and future device strategy bodes well for the potential. From the jump, TCL has stated they're here for the long haul, and while new BlackBerry devices may not be coming as fast as we all would like or hope, it does seem as though they're still a part of the long term strategy.

With all of that in mind, now is as good a time as any to discuss what you all would like to see in a BlackBerry KEY3. When we did up our BlackBerry KEY2 one year later review, there were plenty of folks who noted they were waiting for a KEY3, so let's hear what you'd like to see it bring to the table! 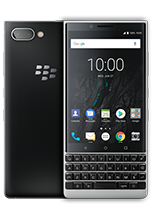 On paper, the KEY2 is definitely the better of the two smartphones. If you want a physical keyboard on Android and money is no object, this is the one to go with.

The BlackBerry KEY2 LE is the KEY2's more affordable cousin. It basically feels the same to use as the KEY2 - the only real difference in practice is the lack of capacitive touch. If that's a deal-breaker, go with the KEY2. Otherwise, this one's a solid choice as well.