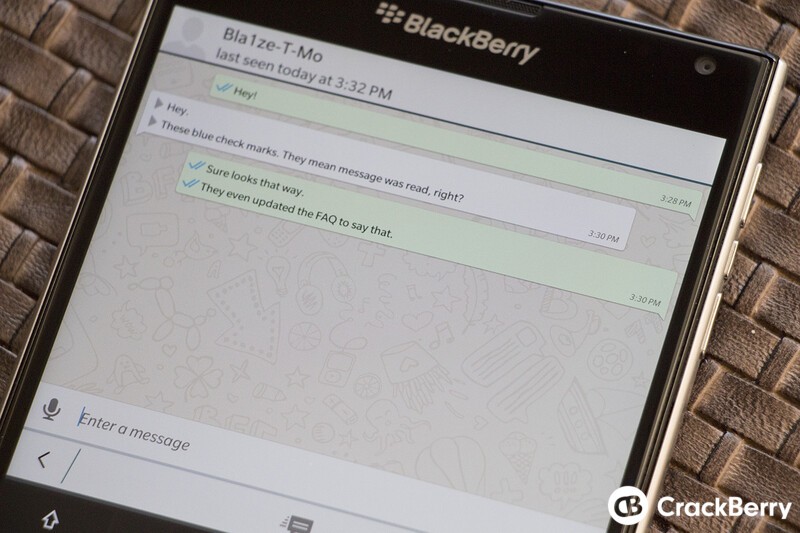 Have you seen them? If you're on v2.11.967.2 then the chances are good you have and that has left many folks wondering exactly what they mean. As it turns out, they mean WhatsApp has finally enabled the ability to know whether or not your message was read after its been sent according to their updated FAQ section.

What are those check marks next to my messages?

Check marks will appear next to each message you send. Here is what each one indicates:

If you only see a single check mark next to your message, there is likely nothing wrong with WhatsApp or your phone. There may be several reasons why your message has been sent, but not delivered to your chat partner:

So, that's that. WhatsApp can now detect which of your sent messages have been read by the recipient. If you take a look on Twitter, there's a ton of people who have some pretty strong feelings about it. On one side, it's good because you always know when your messages are read, but that's also the bad side as well. People now have to deal with issues similar to 'the dirty R'. It doesn't appear the changes have needed to come through an app update but rather are done server side so, have you started seeing them in WhatsApp?