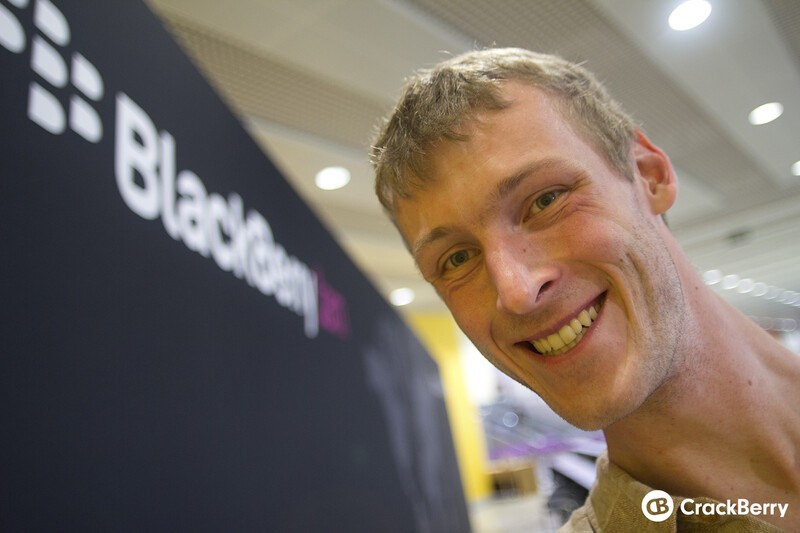 After about 16 hours of flying and 4 hours of mediocre sleep, I'm in Hong Kong for BlackBerry Jam Asia. I've already bumped into VP of developer relations Alec Saunders, inventor of BBM Gary Klassen, and VP of Batmobiles Tim Neil, who nearly didn't make it after Typhoon Usagi canceled his flight out of Vancouver. Like last year, I expect to get a look at a ton of new BlackBerry 10 apps, but obviously there's a lot of non-developer news circulating that might make this show particularly interesting - namely, BlackBerry going private via Fairfax, the announcement of the Z30, and delays to cross-platform BBM.

The conference is taking place right next to the airport on Lantau island. Though the island is mostly parkland, all of the Hong Kong hallmarks are here: industrial boats, rows of residential highrises along the coast, and air humid enough to  soak a sponge in the open. Inside the AsiaWorld Expo center, BlackBerry's people were still going through training today. I spotted a few walking around with largish device boxes which I can only assume were Z30s.  Besides that, it's mostly just set-up going on. The expo hall's security guys had funny-lookin' red berets.

The plan for tomorrow is to swing by S4BB's office to see just how they make so many damned apps. In the evening, there's a press reception, then the day after the show starts in earnest. Should be fun! If you're at Jam Asia and want to meet up, be sure to add me on BBM Channels and start chatting. What would you guys like to see out of the show?