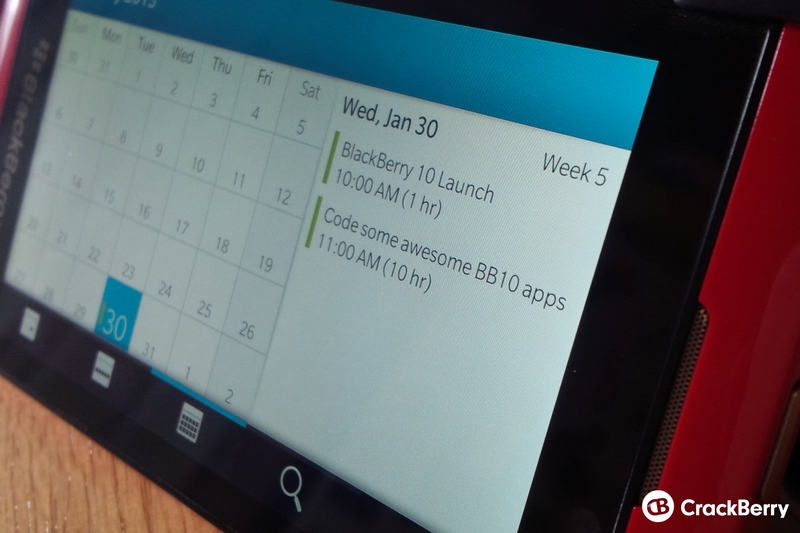 November is the 10 month mark for BlackBerry 10 so I thought it would be fun to reflect on the past 10 months from a developer’s perspective. I believe BlackBerry 10 has come a long way in a short amount of time and as a hobbyist developer I have had relatively good success in terms of downloads and sales.

I think the best place to start is to take a look at the tools BlackBerry has deployed for developers. On launch day, January 30th, we had version 10.0 which contained many of the basic APIs required to make apps in a variety of languages. Out of the gate, BB10 has supported 4 very different platforms: Native code/Cascades (C++, QML), WebWorks (HTML), Adobe Air (Actionscript), and Android Runtime (Java).

By early May an update to 10.1 brought additional APIs most notably support for hardware keyboard devices (Q10 and Q5). In August the most current SDK, version 10.2, was released rounding out many more APIs and brought the much requested (and hotly debated) “headless app” support. And just last week, on the WebWorks side BlackBerry is aligning with the Apache Cordova which is expected to bring enhanced tools and improve cross-platform development for web apps.

In addition to new APIs throughout the past 10 months, BlackBerry has made advances in the programs we can use to build apps. The Native Momentics IDE has received two major revisions which, in my opinion, have vastly improved the developing experience. If you prefer Visual Studio for your IDE, there is a nice plugin for creating BB10 apps. There are also a variety of other IDE’s you can use such as Qt Creator, Unity, and Marmalade.

Taking a look at the future, 10.2.1 brings an unlocked Android runtime and permissions for long running headless apps.  And even though there is no current road map for 10.3, I’m sure BlackBerry is hard at work on it.

Now I’d like to share my own results of the past 10 months. As some of you may know and as the name of this series implies, I work full time and code apps primarily in the evening and on weekends. So from that perspective, I can say without a doubt that BlackBerry 10 has been a successful hobby for me. Here is a quick summary of my personal numbers:

If you take a look at my apps in BlackBerry World, you will see that I cover a variety of app/games. My apps range from utilities for SCUBA diving to puzzle/logic games. Pretty much, I coded types of apps I like and I thought others may enjoy too. On the note of income, I wouldn’t say I’ve had enough success to do this as my sole source of income but it sure does beat out other hobbies which usually cost money. But more importantly, I have met so many awesome “BlackBerry people” in this community that I am glad I decided code apps for BlackBerry 10. I definitely plan on continuing my developing efforts and encouraging others to do the same.

I know we have a lot developers here on CrackBerry, so feel free to sound off in the comments about your 10 months of BlackBerry 10.