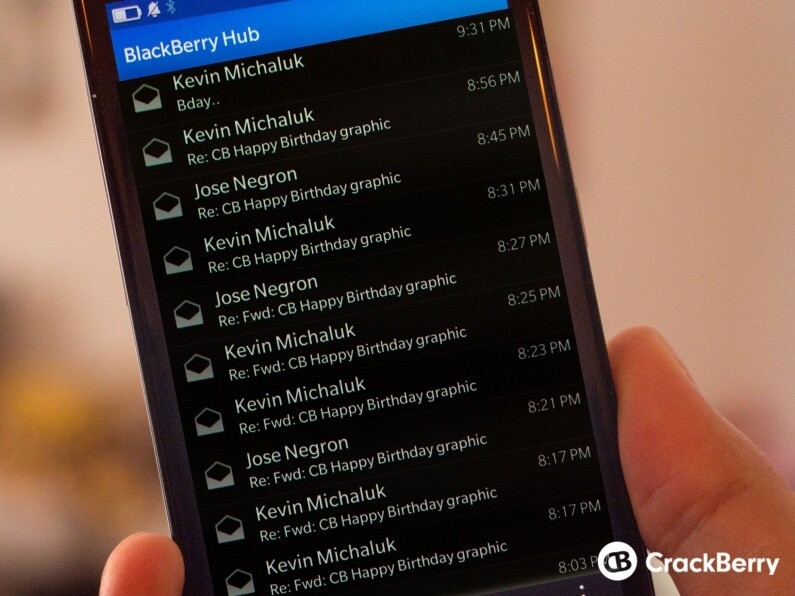 A wee while back we asked you if you would want a dark theme Hub option and the results were as I expected as you can see below. With nearly 90% of voters hitting up the 'yes' option it's fair to say that it's an option that not only the majority of BlackBerry 10 users would want - but will use too.

Since the dark theme is available with many apps, including ones from BlackBerry themselves - such as BBM, It seems a natural progression for a dark themed Hub to become reality in a future release of BlackBerry 10. I for one would love the option. Not just for it's battery saving powers, as dark uses less juice than white, but I just think the dark theme looks so good.

Will BlackBerry give us what we want? Only time will tell.