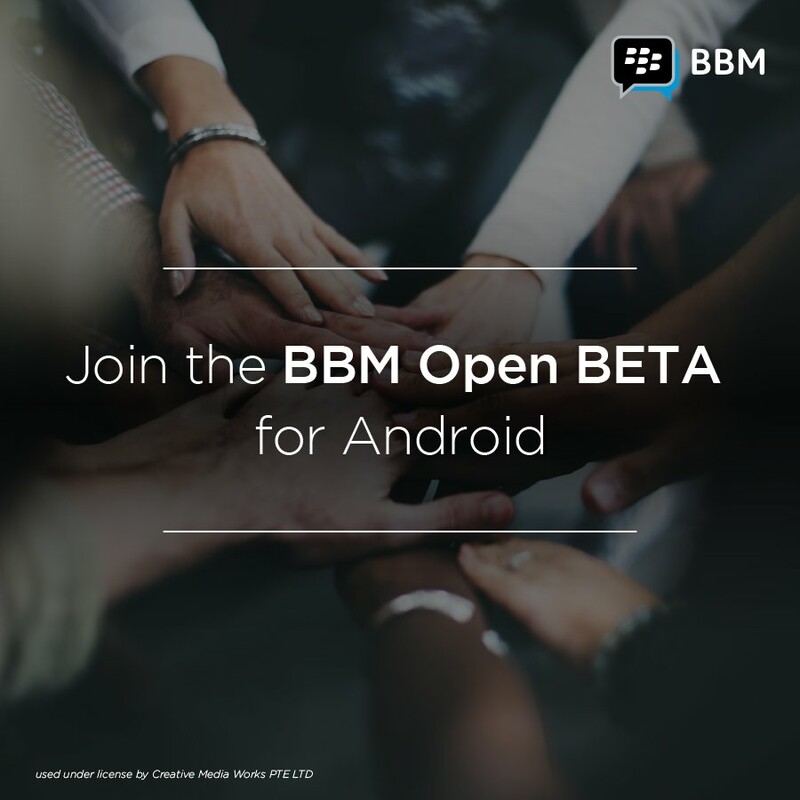 Well, that was quick. They have filled up all the spots already. Congrats to those who got in.

If you like to live on the edge and run some beta apps, the folks at BBM have now opened up beta sign-ups for the Android version. Previously, getting onto the beta release channel was a little bit harder as it was all ran through the BlackBerry Beta Zone but now BBM has fully set it up through Google Play making it all a simpler process.

Before you dive in, though, there are some warnings, aside from the obvious being that the beta channel may not always be stable and you will run into bugs. When you sign up and install the latest beta version, you will be forced to re-log into BBM and erase all active conversations. Might want to skip the beta if you're not down with that!

Sign up for the BBM for Android Open Beta