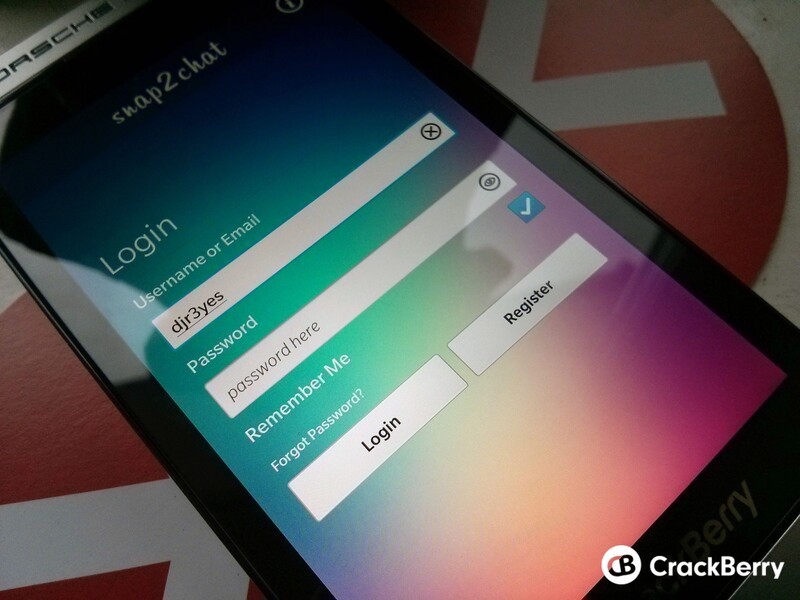 When it comes to SnapChat on BlackBerry 10 most people know there is no official client offered as of yet and for months now, a native BlackBerry 10 app called Snap2Chat has been in beta courtesy of NemOry. It's a beautiful, fully featured app that really goes above and beyond what even SnapChat does when comes to interacting with the service and the features it offers but it has to be sideloaded which limits it's adoption for the masses.

For some folks, if it's not in BlackBerry World it simply doesn't exist and that's a problem because as it stands right now, Snap2Chat may never be approved for BlackBerry World because of the legal constraints placed on third party apps by SnapChat. The terms on SnapChat explicitly state that developers may not "Develop any third-party applications that interact with User Content or the Services without our prior written consent​" and for BlackBerry to approve such an app would be out of bounds.

Now while NemOry, BlackBerry and SnapChat are working to hopefully sort things out, there's also a petition going around that hopes to gain the attention of SnapChat and could further help the process of approval along. If you've got a minute to spare, go ahead and head on over to the link and add your voice to the mix. A great app and a great developer deserve the support of the community, even if you're not a SnapChat user.