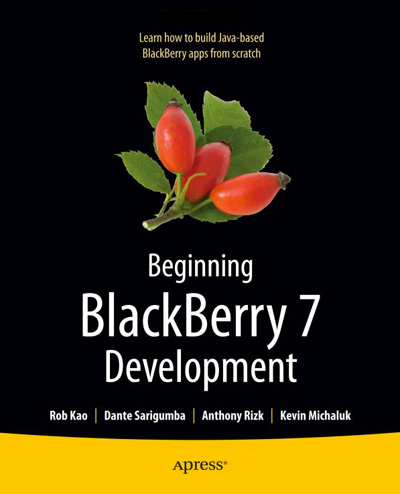 As we learned at DevCon 2011, with 70+ million app hungry BlackBerry users in the world, there are a lot of downloads to be made and dollars to be earned in developing for BlackBerry Smartphones. And with BlackBerry 10 Phones being delayed until later in 2012, it's looking for developers like the BlackBerry 7 Smartphone life cycle (and opportunity to generate ROI) is now going to be longer than it may have been if BlackBerry 10 phones were hitting sooner.

So if you're interested in broadening your skills in 2012 and making BlackBerry users happy while earning yourself some $$, check out Beginning BlackBerry 7 Development, available from Amazon (and elsewhere), at the links below!