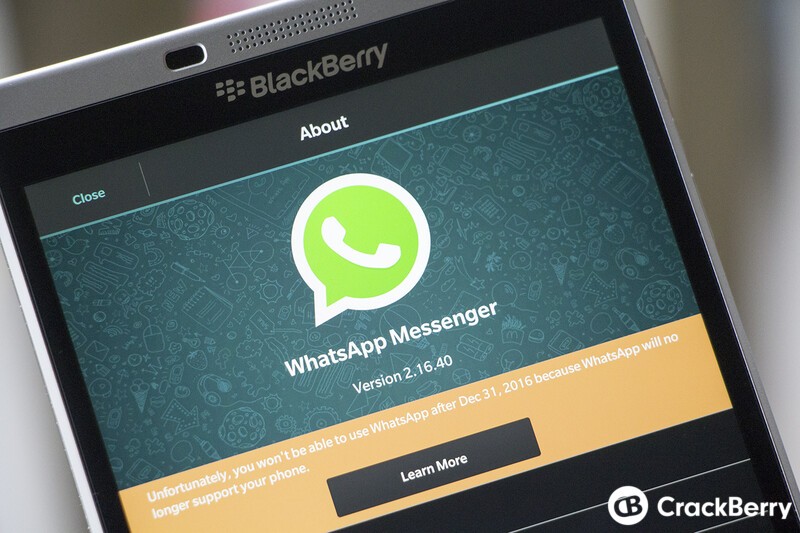 Since February, it has been known that WhatsApp will be discontinuing their support for all versions of BlackBerry OS, including BlackBerry 10, by the end of 2016. Despite new versions being released through BlackBerry World, and WhatsApp continuing to work, for now, many have tried running the Android version on BlackBerry 10 as a means of keeping their WhatsApp access alive.

For the most part, the Android app does work fine on BlackBerry 10, but there are a few exceptions where contacts do not integrate properly and sending of media files is not entirely stable. To help address one of those problems, CellNinja has now released a new app via the BlackBerry Beta Zone called WAA Fixer. WAA Fixer is a headless app, meaning it runs in the background, and applies a fix to WhatsApp for Android so that media files can be shared properly. Images are working and video is likely to be added later.

As WAA Fixer is a beta, there are still a few bugs in the system that need to be worked out and that's why it remains a beta. Plus, you know, the fact that WhatsApp for BlackBerry 10 still works, for now, means you should really still be using that vs. using the Android version but it's nice to know when the BlackBerry 10 version does stop working, there are some additional options already being worked on maintaining access by way of the Android app.