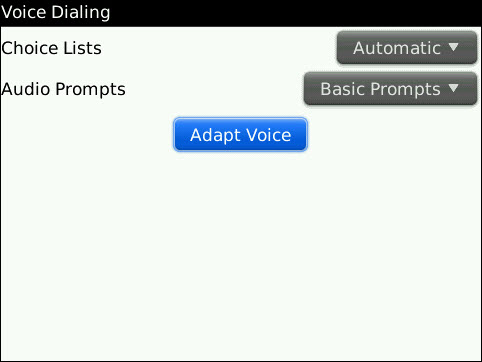 During the CrackBerry podcast we made mention of other devices out there that used voice commands for dialing. Common consensus was that most of us either don't use it, don't install it or haven't looked at using it in quite some time on our BlackBerry devices. Even went so far as to say that the system needed to have a better way of adapting to users own voices and accents.

Well, much to our surprise Research In Motion actually updated the Voice Activated Dialing system on OS' as far back as 4.5, just that none of us had noticed due to our lack of use of the feature. While the current adaptation of the voice activated dialing software is better than before, it still seems to not be on par with that of other platforms. Although, to me it seems like I would be more likely to use it now knowing that it adapts even just a little better then previous versions. So, looking at the comments from the podcast it seems most folks knew this change had happened but what we want know is, does anyone actually use it and if so is it better now?