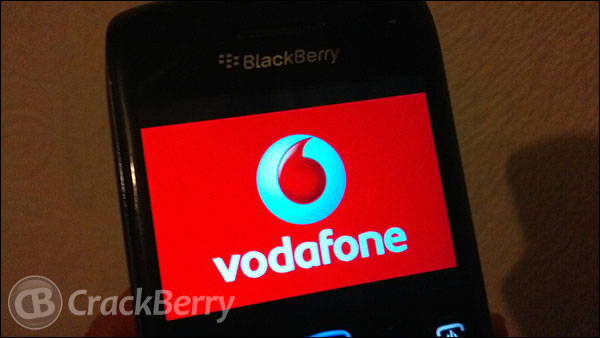 Vodafone UK recently launched the BlackBerry Freebee for its BlackBerry owning customers. Giving them free BlackBerry Internet Service every month. In conjunction with the launch, Vodafone UK also gave their reasons as to why they have introduced this Freebee.

BlackBerry is still going strong here in the U.K. and has been the number one smartphone in 2010 and 2011. Vodafone also says that their BlackBerry customers are the most loyal. This isn't the first time we have heard this. You may remember last year, MobiLens released a report stating that BlackBerry users were the customers sticking to their beloved platform. So, Vodafone UK wanted to give back to their BlackBerry owning customers by giving them free BIS.

"BlackBerry users tend to call less. The key things BlackBerry fans are looking for are BBM, which provides free messaging among BlackBerry users, and a physical keyboard. I think BlackBerrys are the best at everything related to messaging - whether it's texting, email or BBM."

It is also known that BlackBerry devices are very popular amongst the teens here in the U.K. Especially the Curve models, seeing as they are very budget friendly. This seems to be the main driving force to the BlackBerry Freebee, with Sten even saying that during their research they found that teens love their BlackBerry devices as it allows them to send messages to each other from under the desk. Something that is a little more difficult to do with touchscreen phones.

"One funny insight we've heard time and time again from our research is that with touchscreen phones it's much more difficult to text each other in school, under your desk."

I see things haven't changed much. I recall my high school days where we were doing the same but with dumb phones, with a screen that would just show one or two lines of text. Well, I guess the devices that are used are now very different.

If you haven't read it already, found out details about Vodafone UK's BlackBerry Freebee and how to activate it.